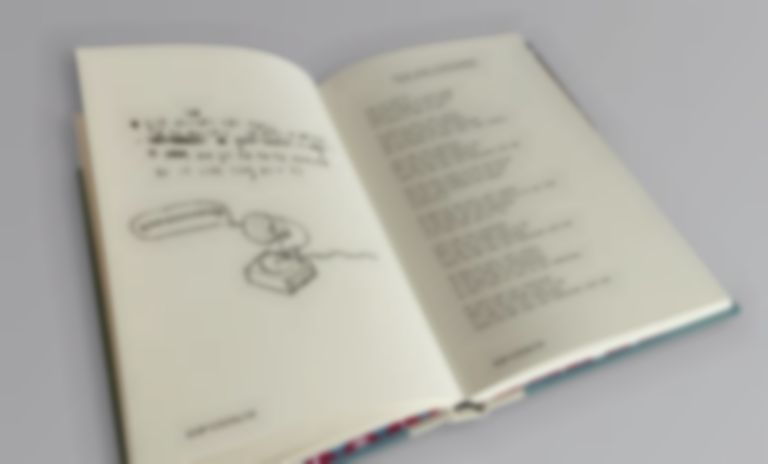 Frightened Rabbit have announced The Work, a book of lyrics and illustrations by the late vocalist and songwriter Scott Hutchison.

The Work is intended to be a celebration of, and tribute to Scott Hutchison's creativity, and is a book the late Frightened Rabbit frontman wanted to create before his death in 2018.

According to a press release, the limited hardback edition will feature Frightened Rabbit's complete lyrics - b-sides and rarities included - complete with handwritten excerpts and illustrations by Scott Hutchison, many of which have never been seen before.

Pick up this book of words, hold it, share it and immerse yourself in the world Scott created by opening not only his heart but his whole soul to the world – FR Xhttps://t.co/2luoZ4WUTt pic.twitter.com/NjrBJQ6WWr

His brother and Frightened Rabbit drummer Grant Hutchison says, "Seeing this book come to life has been something of a bittersweet experience. Reading the lyrics without music really brings home the stark reality of what Scott was going through and at the same time highlights the talent of someone who I consider to be one of the best songwriters in the world. This would've been a different release had Scott been involved but we all felt it was important that his lyrics be celebrated and given the spotlight they deserve. As Scott has said these words were always meant to be accompanied by music but the impact of digesting them without is no less great. Pick up this book of words, hold it, share it and immerse yourself in the world Scott created by opening not only his heart but his whole soul to the world."

The creative concept for The Work is by album designer Dave Thomas, who frequently worked with the band throughout their career.

The Work book is set to be released on 17 November, and is available to pre-order now.