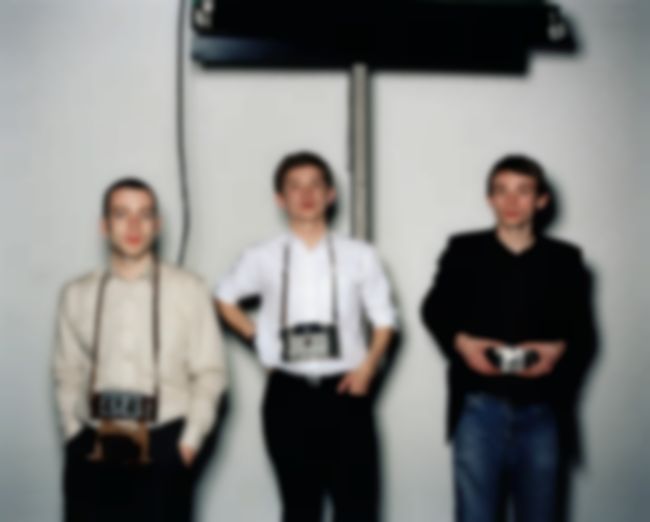 Field Music are set to release Music For Drifters, a new instrumental soundtrack for the 20th century documentary Drifters.

Berwick Film & Media Arts Festival commissioned the group to rescore Drifters, a silent documentary by John Grierson, the revered film maker who's credited with creating the label 'documentary', back in 2013.

Drifters chronicles a day in the life of a herring fishing fleet as they journey from Shetland Islands to their fishing grounds in the North Sea. The film was first shown in 1929 with Eisenstein’s Battleship Potemkin.

The album brings together the original trio of brothers Peter and David Brewis, and Andrew Moore, with bassist Andrew Lowther joining for live performances.

David Brewis said of the record: “I suppose we had some idea before we started that we’d write slow, spacious, atmospheric music in a classically “cinematic” style but the film just isn’t like that at all - it’s full of movement and collage and jump-cuts... we realised that if we echoed the rhythm, the momentum on-screen, then we could make something which fit the film and also sounded like us. Some sections solidified into something “composed” quite quickly and some sections have stayed quite spontaneous.”

Music For Drifters will be released on 24 July by Memphis Industries.

Field Music will perform a live Drifters score at the Taliesin Arts Centre, Swansea, on 27 June.

Stream excerpts from the record below.