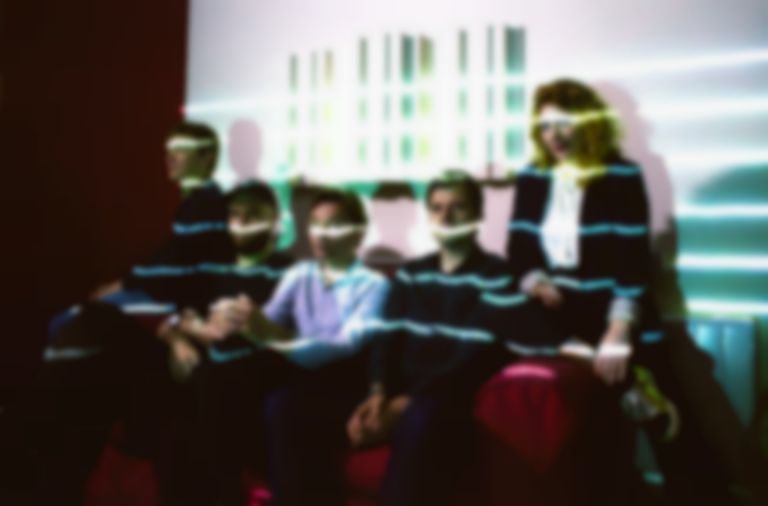 Field Music are back with news of their eighth album Making A New World, alongside unveiling the lead single "Only In A Man's World".

"Only In A Man's World" is the group's first single since their 2018 album Open Here.

Speaking about the new single, which is inspired by sanitary towels, David Brewis explains, "I found myself researching the development of sanitary pads - not a statement I’ve ever imagined myself making - and was surprised at how little the advertising material has changed in a hundred years. It’s still, Hey Ladies! Let’s not mention it too loudly but here is the perfect product to keep you feeling normal WHILE THE DISGUSTING, DIRTY THING HAPPENS. And you realise that it’s a kind of madness that a monthly occurrence for billions of women - something absolutely necessary for the survival of humanity - is seen as shameful or dirty - and is taxed MORE than razor blades?!"

He adds, "At every stage of making this song, I had to ask myself, am I allowed to do this? Is it okay to do this? And I cringed in the next room when I first showed it to my wife. But I think confronting my own embarrassment is a pretty fundamental part of what the song is about."

The new album began when Field Music took on a project from Imperial War Museum. The starting point for the record was a document from the museum collection, an image from 1919 on munitions by the US War Department, made using "sound ranging", a technique that utilised an array of transducers to capture the vibrations of gunfire at the front.

Brewis explains, "We imagined the lines from that image continuing across the next hundred years, and we looked for stories which tied back to specific events from the war or the immediate aftermath. In writing these songs, we felt we were pulling the war towards us - out of remembrance and into the everyday - into the now."

"Only In A Man's World" is out now. Making A Neww World will be released via Memphis Industries on 10 January 2020, and is available to pre-order now. Field Music play London's EartH on 29 February 2020. Find out more.