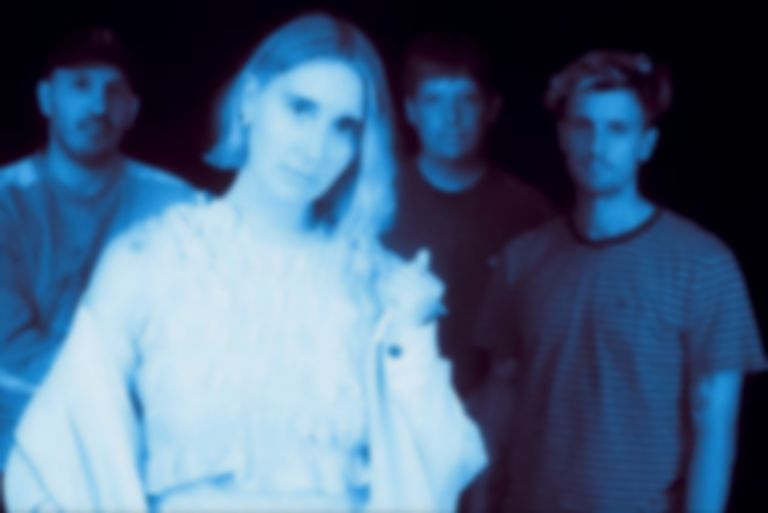 Fickle Friends have delivered their new anthem "Yeah Yeah Yeah", which is lifted from the group's second album Are We Gonna Be Alright? which will arrive in January.

"Yeah Yeah Yeah" is the sixth track to be lifted from the band's upcoming second album, following earlier outings "Alone", "Love You to Death", "Pretty Great", "IRL" and "Won't Hurt Myself".

Vocalist Natti Shiner says of the new release, “We spent the last year feeling a little lost. It was like being in limbo, constantly waiting for something to change. This song is a bit of an ARGHHH moment in what was a truly confusing time for us as a band. I remember thinking how endless it felt. Making this record gave us purpose but we had no idea if anyone would still care at the end of it all."

She adds, "With that in mind we kinda thought, what the fuck, let’s just go crazy and explore the heavier side of our music. I think it’s like the musical equivalent of hitting a punch bag to release your frustrations!"

Are We Gonna Be Alright? will follow their 2018 debut album You Are Someone Else.

Shiner adds of the upcoming record, "Making this album helped us weather the storm of the last year. It held us together in a time of uncertainty. It gave us purpose when we felt forgotten. When (actual) therapy failed, these songs served as a way to process grief, depression, everything we go through as the anxiously minded creative people we are. This record has been a massive moment of growth for us and I hope you can hear that in the nuances of each song. We are truly excited to share it with the world."

"Yeah Yeah Yeah" is out now. Fickle Friends' Are We Gonna Be Alright? album will arrive 14 January 2022, and is available to pre-order now.