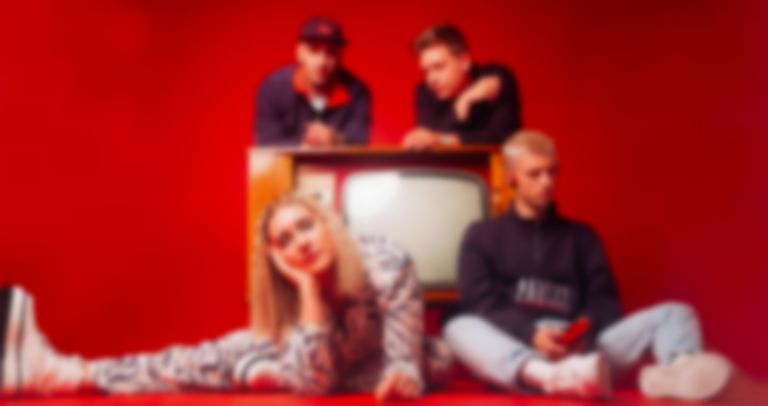 Fickle Friends are back with their bright new single "Pretty Great".

Vocalist Natti Shiner says of the new release, ""Pretty Great" came about after a long day of writing, starting ideas and not really loving anything we came up with. We called it quits around nine and opened some wine and listened to a couple Sheryl Crow songs. Jack just kinda started jamming on the guitar and the words and melody literally fell out of my mouth. We wrote the song in like...an hour and didn't know if it was a joke or actually the best thing ever...in the morning we decided it was the latter."

She adds of the visual, "The video is just kinda a comment on today's society. Always on our phones. Not really present. Two people are torn away from that and form a real connection and it's beautiful."

The new single is a second glimpse of their sophomore LP that's due for release later this year.

Fickle Friends' new single "Pretty Great" is out now on Cooking Vinyl. They play Newcastle's Hit The North Festival in May. Find out more.