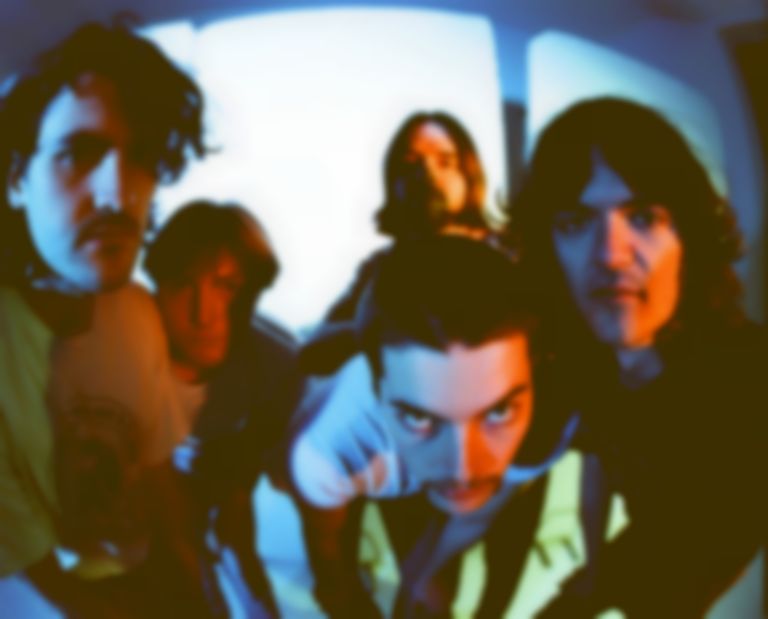 FEET have returned with the announcement of their upcoming EP Walking Machine, and have unveiled "Peace & Quiet" as the first single.

"Peace & Quiet" is the quintet's first new outing since their 2019 festive outing "Vegetarian Christmas", and arrives with a Kris R-directed video shot in local stores around Muswell Hill.

The band says of the new single, "It’s about demanding more from the current music scene. 2021 is the year for new and exciting groups supported by a rejuvenated industry. Now's the time to start small, grass root scenes and DIY shows at your local village halls. What comes after this "Peace and Quiet"? That's what excites me the most."

"Peace & Quiet" is accompanied by news of their upcoming Walking Machine EP, which will be their first collection of tracks since their 2019 debut album What’s Inside Is More Than Just Ham.

The band describe their new direction as Crease Pop. Lead vocalist George Haverson explains, "It’s taking the pop music formula - hooky choruses, nothing too self-indulgent - but it’s still got a bit of edge. With Indie music, there’s an element where it can get quite soft and it’s quite easy to go through that phase where you think you sound like The Beach Boys, but we’ve come off the end of that where we want to be a bit grittier."

"Peace & Quiet" is out now. FEET's Walking Machine EP will land digitally on 6 August and physically on 13 September via Nice Swan Records, and is available to pre-order now. They're due to play London's Oslo on 21 August. Find out more.