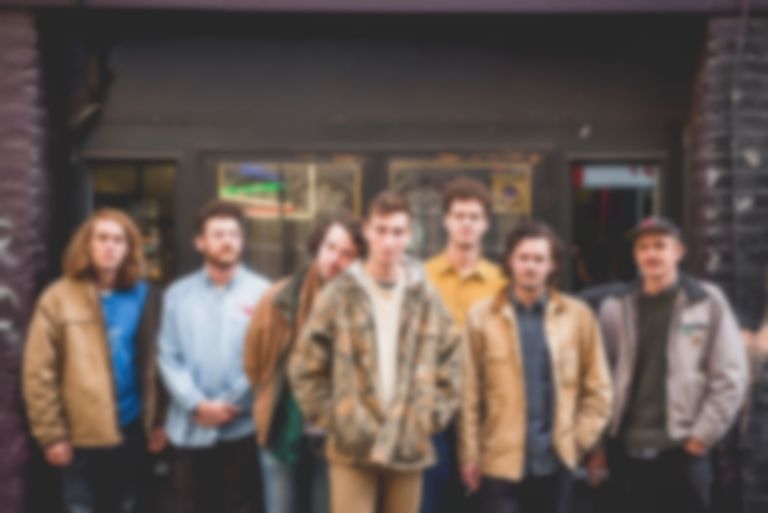 Whitney have revealed that fans of their last album Light Upon The Lake will really enjoy their second record.

Back in February, Whitney confirmed that their second album was "100% recorded".

In a new interview with DIY, the group's Julien Ehrlich says, "A lot of the lyrics on the record read like an inner dialogue that we pretty much think that everyone is having. Like life and death vibes."

Guitarist Mac Kakaceck adds, "It’s a somewhat wary optimism about things ending and beginning." Ehrlich expands, "And fear. We’re not openly talking politics because I don’t really think our point of view as straight white dudes is really anything that people need. But this record is dealing with a lot of fear, confusion, substance abuse a little bit. It’s definitely not reading like "we love the way the world is moving"."

Reflecting on the progress they've made from 2016's Light Upon The Lake, Ehrlich adds, "Every time listen to it I think, if people liked Light Upon The Lake, they are really going to fuck with this. We took our time with it; we didn’t throw something together and it certainly doesn’t seem like we’re throwing a Hail Mary [aka a desperate, unlikely-to-succeed move] right now. I think we’re doing something that we really want to hear and we think that people will want to hear, too."

Read the interview over at DIY. The full issue and interview lands tomorrow (12 April). Whitney play London's Roundhouse on 29 November. Find out more.