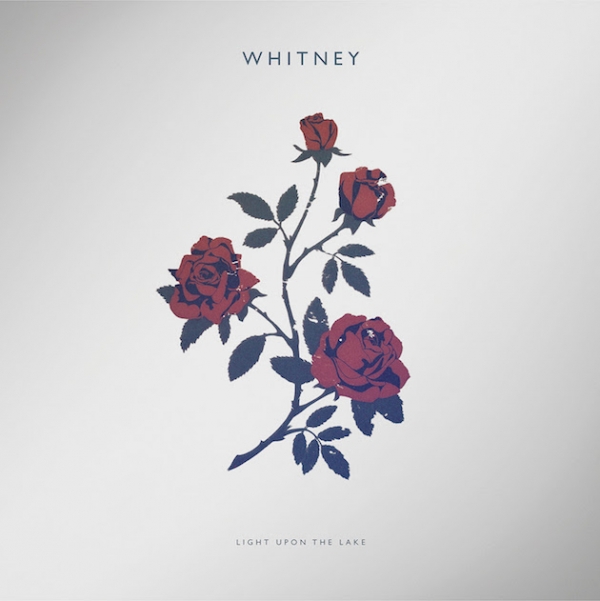 However, Light Upon the Lake, with its intimate sound, DIY warmth and understated songwriting, brims with the same energy as fellow Chicago rising stars Twin Peaks, who grew up together as high school pals.

The album is earnest and endearing, a blend of vintage country and shimmery indie rock that recalls acts like Wilco and Woods, and Ehrlich’s reedy falsetto is a relic in and of itself. Despite the band being seven members none of the songs come out overcooked or busy. That’s a testament to expert craftsmanship and a real understanding of how to employ space on a record.

There’s definitely an air of melancholy on Light Upon the Lake, but it’s tempered by a wry sense of humor and nostalgia.

“We wanted to make a record that seemed like it was by an old-ass dude living alone", guitarist Max Kakacek told The Fader. “Whitney’s not living well”, Ehrlich added. “He’s very sad and distraught, but he has good times, too".

Opener “No Woman” does a pretty terrific job bringing unacquainted listeners up to speed. It’s down-and-out but not dejected, featuring gorgeous guitar work from Kakacek, an irresistible bass line from Josiah Marshall, and horns from Will Miller that compliment without overpowering.

“I left drinking on the city train / To spend some time on the road / Then one morning I woke up in L.A. / Caught my breath on the coast”, Ehrlich warbles, sounding very much like one night of bad drinking could lead to him waking up thousands of miles from home and he wouldn't be particularly surprised by it.

Light Upon the Lake has a misty feeling as a whole, but “Golden Days” is sentimentality incarnate, but while it acknowledges the rose-colored view of a relationship past it also notes the reality that both parties were at fault. Whitney are too smart of a band to play one side, and the duality of the song makes it feel achingly real.

The record does have its uptempo moments to compliment its mellower musings. “The Falls” and “No Matter Where We Go” bristle with energy, thanks to thumping drums from Ehrlich and more freewheeling instrumentation from the rest of the band. They’re both songs that could perfectly soundtrack an aimless summer drive in 2016 or 1976.

“Red Moon” is a jazzy instrumental showcase punctuated by a clipped trumpet solo from Miller and moody piano chords from keyboardist Malcolm Brown. The instrumental is a fun change of pace, and it’s easy to picture Ehrlich’s vocals being mapped to the horn melody.

With just one track over four minutes and only ten cuts overall, Light Upon the Lake is the kind of record you could easily find yourself blazing through three or four times in a row without even realizing.

“Polly” is the record’s only straightforward ballad, but even that’s a bit of a misnomer. It begins with Ehrlich stretching his range a bit, but the rest of Whitney quickly step out from behind the curtain and the track bursts to life.

Reading about the end of Ehrlich’s time with Smith Westerns, it’s clear just how revitalized he feels with Whitney, and how rare their collective chemistry is. For a band trying to embody the mindset of an “old-ass dude living alone” you’ll be surprised at just how warm and inviting Light Upon the Lake is, as well as the size of the smile it leaves on your face.