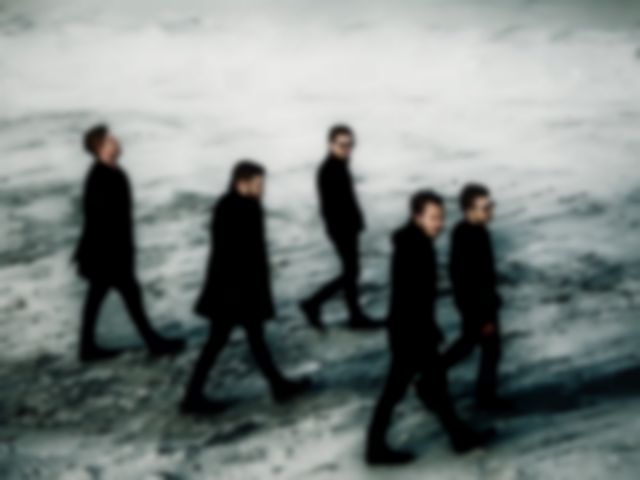 Editors have unveiled their striking visual accompaniment to new single "No Harm".

Rahi Rezvani has directed the video. The Iran-born, Netherlands-based artist and photographer was exiled from his native country in 1999 after photographing "something he shouldn't have"; speaking about the "No Harm" clip, he said: "I am a black and white person, un-scared of dividing the world in good and bad. When you have a past like mine, you don’t have time to think in shades of gray."

Editors' Tom Smith added: "Rahi understands what Editors is, we share a love for a certain aesthetic which our music mirrors. But rather than it all feeling too familiar what's most exciting for us is the element of surprise. It's exciting to be working hand in hand with him, to build on our relationship and see how far we can take it. It is, as he would say, beautiful'."

The track is the first taster of the band's upcoming album.

Check out the clip for "No Harm" below, and then take a look at Editors' upcoming UK/EU dates afterwards.