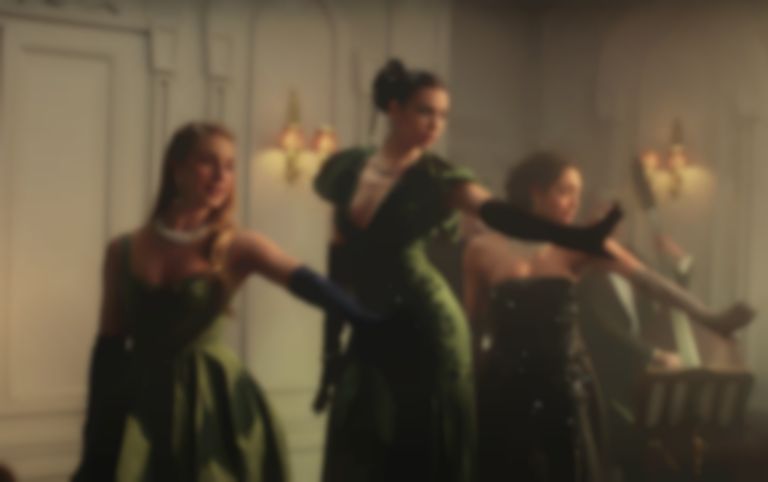 Dua Lipa has released her Future Nostalgia (The Moonlight Edition) album, which is led by new single "We're Good" that lands with a Titanic-themed video.

"We're Good" follows Dua Lipa's appearance on Kylie Minogue's Studio 2054 remix of "Real Groove" in December, and is one of three new tracks to feature on Future Nostalgia (The Moonlight Edition).

The accompanying video, directed by Vania Heymann and Gal Muggia, shows Dua Lipa as a singer on a boat, which is later revealed to be a reenactment of the Titanic sinking.

Dua Lipa told Apple Music 1's Zane Lowe of "We're Good", "It's like pop with a little bit of a trap beat. It's got an interesting Bossa Nova style. I don't even know how you explain it or how you would start to describe what a song like that is. It just is. And that for me was probably the most scariest, but I think the content of the song is really interesting. It's having that amicable breakup that I think everybody kind of wants. It's like that clean break isn't lacking, move on. We're good. You can't be upset if I move on. I can't be upset if you move on. You know what I mean? And I think a lot of the time it's that part of a breakup that - It gets lost in translation. Yeah. When things are ego-driven, that's immediately when it's over, but yeah, just the amicable breakup."

"We're Good" appears on Future Nostalgia (The Moonlight Edition) alongside other new tracks including "Not My Problem" with JID and "If It Ain’t Me".

Future Nostalgia (The Moonlight Edition) is the third version of Dua Lipa’s 2020 second album to be released, following her remix album Club Future Nostalgia that dropped in August last year.