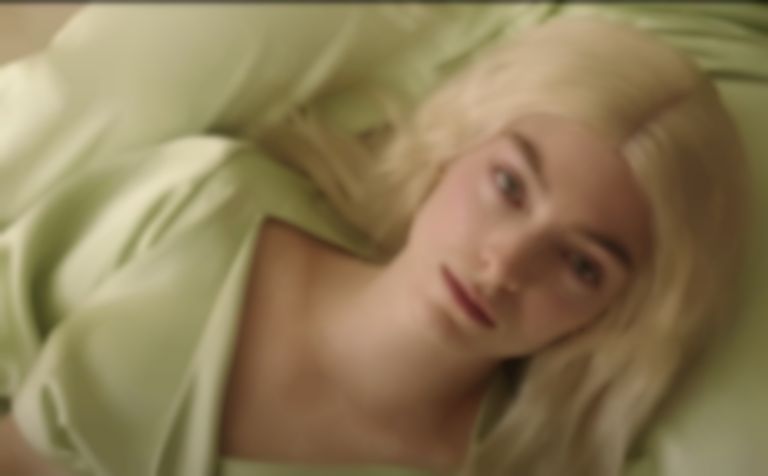 During Lorde's Glastonbury 2022 performance yesterday (26 June), she brought out Clairo and Arlo Parks to perform the Solar Power track "Stones at the Nail Salon".

Before Kendrick Lamar's headline set on the closing night of Glastonbury 2022 yesterday (26 June), Lorde performed on the Pyramid Stage, and brought out Clairo and Arlo Parks to join her for the Solar Power track "Stoned at the Nail Salon".

As well as being joined by Clairo and Arlo Parks, Lorde took time to address the recent reversal of Roe v. Wade by the US Supreme Court, telling the crowd during the outro for "Secrets From a Girl (Who’s Seen It All)", "Wanna hear a secret, girls? Your bodies were destined to be controlled and objectified since before you were born. That horror is your birthright. But here’s another secret. You possess ancient strength, ancient wisdom. Wisdom that has propelled every woman that came before you. That wisdom is also your birthright. I ask you today, make accessing that wisdom your life’s work. Because everything depends on it."

Olivia Rodrigo, Phoebe Bridgers and more spoke out about the Supreme Court's decision at Glastonbury. Kendrick Lamar also referenced women’s rights during "Savior", repeating at the end of the track, "They judge you, they judge Christ / Godspeed for women's rights."