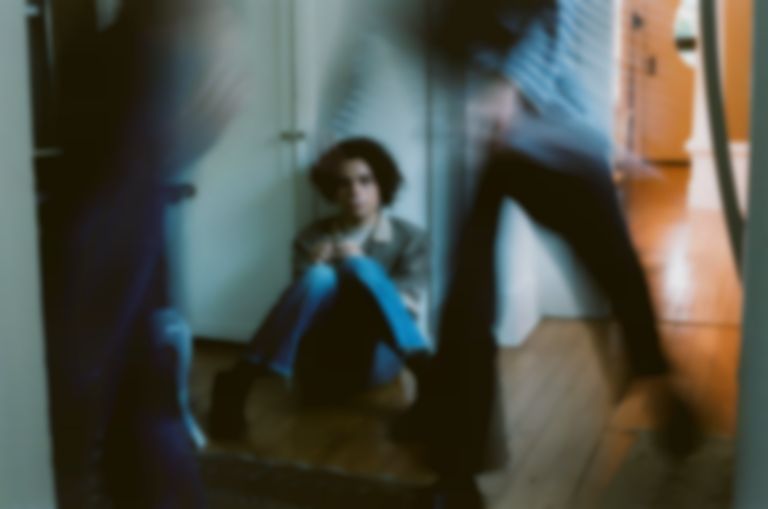 LA newcomer Charlie Hickey has unveiled his new single "10 Feet Tall", which includes guest vocals from Phoebe Bridgers who also makes an appearance in the video.

"10 Feet Tall" is Hickey's first release of 2021, following last year's "No Good At Lying" single that dropped in October and also featured Bridgers, and arrives with news of Hickey's debut EP Count The Stairs.

Hickey's latest release is the first song that Hickey ever wrote with Marshall Vore (who produced, mixed and engineered Hickey's debut EP), another longtime Bridgers collaborator who co-wrote on both Stranger in the Alps and Punisher, and is teamed with a retro Zoe Donahoe and Adam Sputh-directed video.

The video also features appearances from Hickey, Vore and Bridgers (as well as Evan Wasser, Lila Dworsky-Hickey and Ruby Henley), and it looks like Bridgers may have resurrected the "Motion Sickness" scooter for the video.

Hickey says of his new single, ""Ten Feet Tall" is sort of a different animal than any other song I've written. I was going to school at the time and was feeling quite alienated in this little world where everybody was instantly partying with their brand new best friends and fun came so naturally. I found solace in Marshall's studio on the weekends. This was our first proper attempt at writing together and we were writing something really horrible. We were both kind of delirious and Marshall started singing the verse melody for the song as a joke, making fun of what we had been trying to write. But when I heard it, I said to him, "Wait, that's the song that we’ve been trying to write.""

He adds, "After that, we wrote the rest that night and recorded it the next day. We re-recorded it a few times before going back to what we did that day. I've never written or recorded a song like that since, and we weren't sure it was even gonna come out but when I hear it back, it really serves as a time capsule of a very confusing/depressing but also very fruitful and fun time in my life!"

Charlie Hickey's "Ten Feet Tall" single is out now. His Count The Stairs debut EP will be released 26 February.