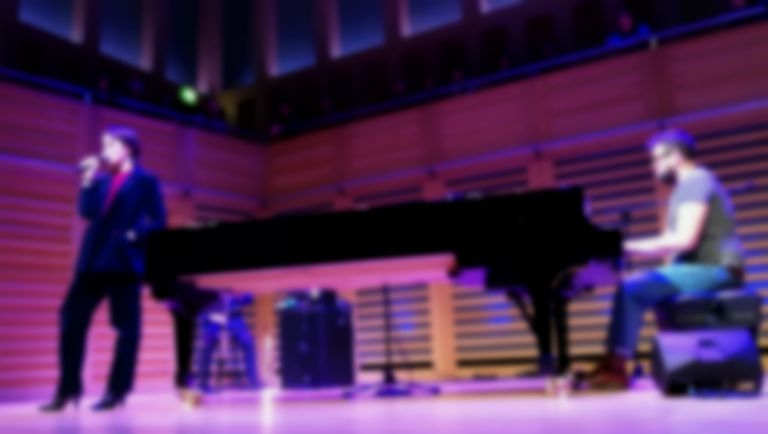 Cate Le Bon returned to the London stage tonight as part of the Venus Wrapped festival, a series of shows celebrating the creativity of female composers.

The sold-out performance at Kings Place in London’s Kings Cross was intimate and stripped back, with Le Bon repurposing songs from her back catalogue and debuting new material, where in the spirit of composition, her guitar playing was notable by its absence.

In contrast to the last time we saw her play, where the band included Warpaint’s Stella Mozgawa and Red Hot Chilli Peppers’ Josh Klinghoffer, tonight the stage consisted solely of Le Bon, a grand piano and her long-term collaborator Stephen Black, AKA Sweet Baboo, who provided accompaniment on saxophone and clarinet.

Le Bon introduced the set by saying she was "feeling terrified" and waltzed through a take on “Love Is Not Love” and a rebooted “I Was Born On The Wrong Day.” As well as a clutch of new songs, including the elegant “I Love You”, she also tackled Paul McCartney’s “Waterfalls” from the ex-Beatles' second solo album McCartney II.

Le Bon’s fifth album, the follow up to 2016s Crab Day, is due to be released later this year.