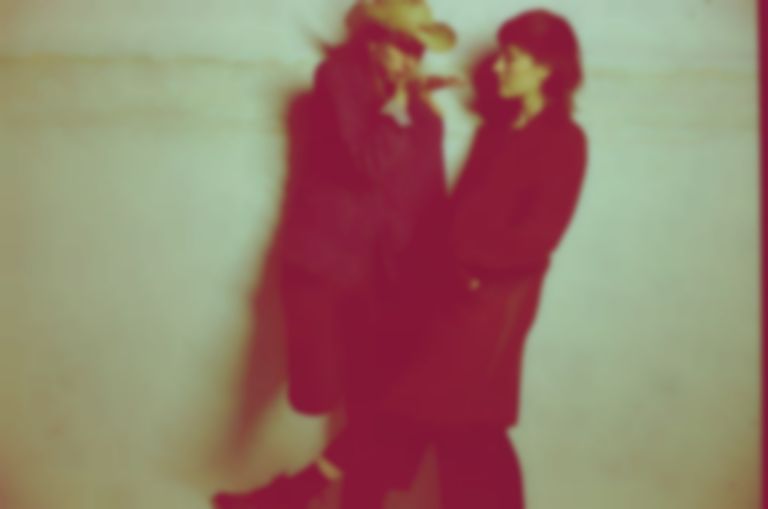 Today the duo unveiled "Secretary", the lead single from their forthcoming EP.

Their new EP Myths 004 is the fourth release in Mexican Summer's Myths series, after other collaborative EP's with Dev Hynes and Connan Mockasin, Ariel Pink and Weyes Blood, and Dungen and Woods.

Myths 004 was written and recorded in one week in Marfa, Trexas, and features instrumental contributions from Stella Mozgawa of Warpaint, Stephen Black of Sweet Baboo, Tim Presley of White Fence, and Samur Khouja.

Le Bon says of the EP, "Marfa is an extraordinary town. It feels like nothing else exists when you’re in it which is both comforting and unnerving. We committed ourselves to embracing the chaos, surrendering to all moments and moods that travelled through. It’s a crude holiday scrapbook shared by all involved, an amalgamation of the changes in mood and light that shaped the days."

"Secretary" is out now. Cate Le Bon and Bradford Cox's Myths 004 EP is released 1 November via Mexican Summer, and is available to pre-order now.