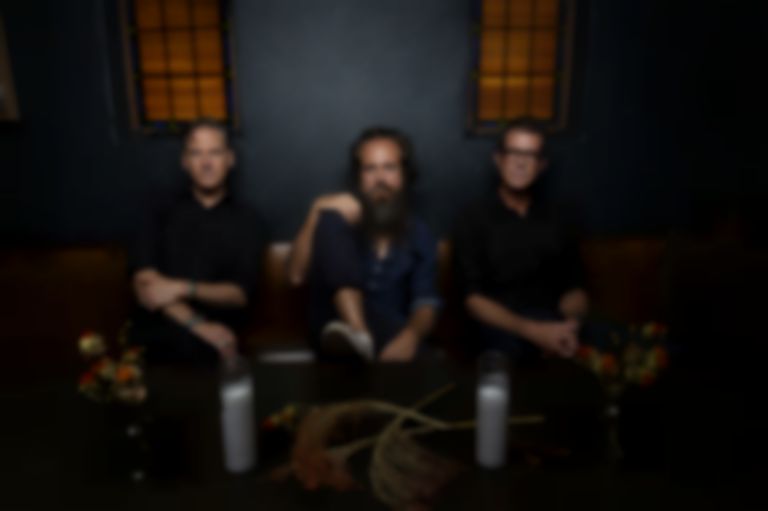 "Midnight Sun" is the second single to be lifted from Calexico and Iron & Wine's first collaborative record in 14 years, after March's lead single "Father Mountain".

On the new single, Calexico's Joey Burns explains, "Because we only had four or five days to make the album we didn’t overthink the process and just followed the flow. It’s these improvisational moments that are the glue and make for a great listen from start to finish. Sam sent some demos the week before we met to record the album. Based on the feel of those demos I wrote the song "Midnight Sun" the day I got to Nashville. I arrived at our rental house the day before everyone else and was happy to find a piano, old pump organ and guitar to do some writing. I was up late and came up with a tune that would bridge both bands’ worlds."

Years To Burn is the first full-length from Calexico and Iron & Wine, and first collection of collaborative tracks since 2005's In The Reins EP. It was recorded in five days at Nashville's Sound Emporium with producer Matt Ross-Spang.

Iron & Wine's Sam Beam says of the collaboration, "They were the perfect band at the perfect time for me. I loved all their different sounds. They’re musical anthropologists, not regurgitating but absorbing what they discover ... coming back to the project has to do with acknowledging how much impact the first record had for me in my life."