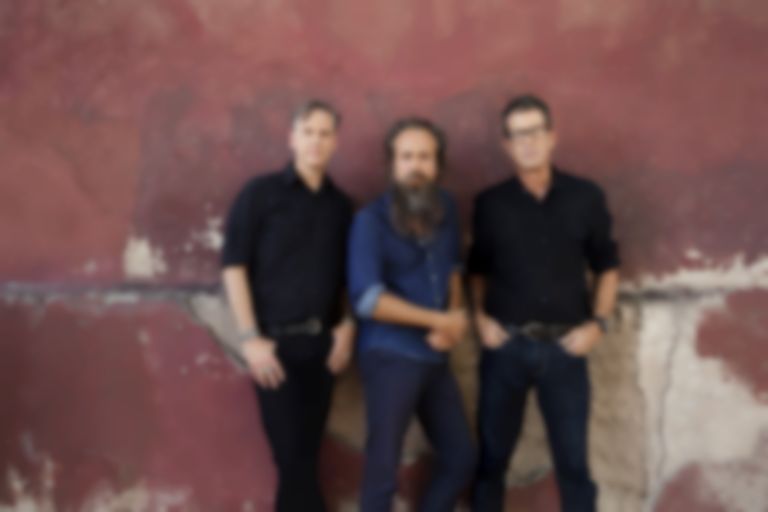 Ahead of some live dates together, Iron and Wine and Calexico have announced their first collaborative album with the blissful lead single "Father Mountain".

Iron and Wine and Calexico are due to perform together in Portugal later this summer, and have now announced their first full-length together, Years To Burn.

"Father Mountain" is the first single from the album, which is the first body of work from the collaborating musicians since their 2005 EP In The Reins.

Sam Beam, aka Iron and Wine, said of their collaboration, "In my mind, I was a guy who knew three chords and recorded in a closet. They [Calexico] were playing big stages and were superb musicians."

He adds, "They were the perfect band at the perfect time for me. I loved all their different sounds. They’re musical anthropologists, not regurgitating but absorbing what they discover ... coming back to the project has to do with acknowledging how much impact the first record had for me in my life."

Years To Burn was recorded in five days at Nashville's Sound Emporium with producer Matt Ross-Spang.

Of the record, Beam says, "Life is hard. Awesome. And scary as shit. But it can lift you up if you let it. These are the things Joey and I write about now. And the title can encapsulate a lot of things. Years to Burn could mean you’re cocky, you’ve got it made. Or, our life is ours to burn, to be inspired. Or you’re burned by life, brutalized. It’s an ambiguous title, because life is complicated. Let’s not talk like teenagers about love, desire, pain, 'cause we’re not teenagers. And that’s not a bad thing."

Joey Burns of Calexico adds, "This project had to find the right time. We’re all different people than we were in 2004, and music helps to bridge some of the gaps. For all the things going on in our world and in each of our lives, this connection, this friendship, this love that we have—this album is a vehicle for that bond. It’s a chance to see where we’re at, take stock and be there for our friends."