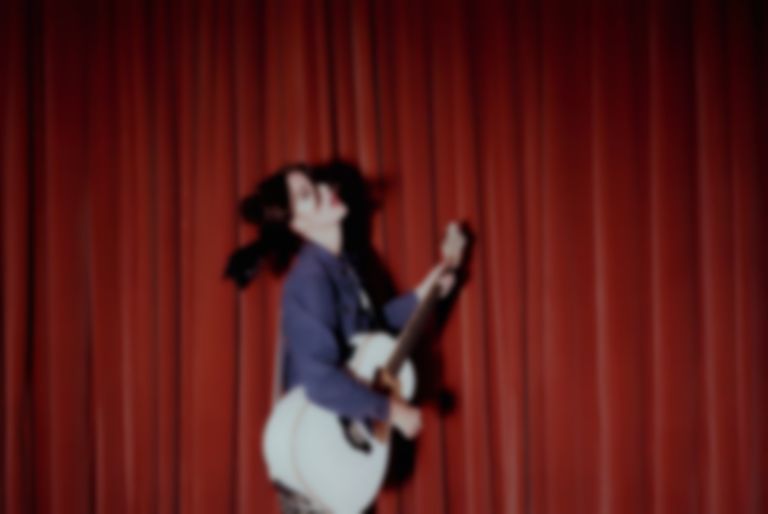 Laura-Mary Carter, known as one half of Blood Red Shoes, has announced her debut solo mini-album Town Called Nothing, and has released the title-track as the first taster.

"Town Called Nothing" is Carter's debut solo release, and was also the first song written for her mini-album of the same name.

Carter explains, "After writing this song I discovered that there was a real abandoned town in Arizona, named Nothing, with a population of two people. I immediately decided that I had to go there. I packed up my bags, hired a car and drove to Arizona. I fell in love with it upon arrival and have since returned many times. The song was produced by Ed Harcourt, at RAK studios, UK. We recorded "Town Called Nothing" in one day, tracked live. Musicians featured on this song are: Jorma Vik (The Bronx, Eagles Of Death Metal) on drums, Ed Harcourt on bass / piano and myself doing everything else. I actually later tracked the vocals in a pitch black room in solitude."

A Town Called Nothing was recorded in multiple studios between the US and UK, and was largely inspired after discovering a town in Arizona called Nothing, following a tarot reading in which Carter was told she would "find her heart in Arizona".

Speaking about the mini-album, Carter says, "It’s about desolation and abandonment really, and that fear of being left to go derelict, just like those old towns."

"Town Called Nothing" is out now. Laura-Mary Carter's mini-album of the same name will follow on 3 December, and is available to pre-order now.