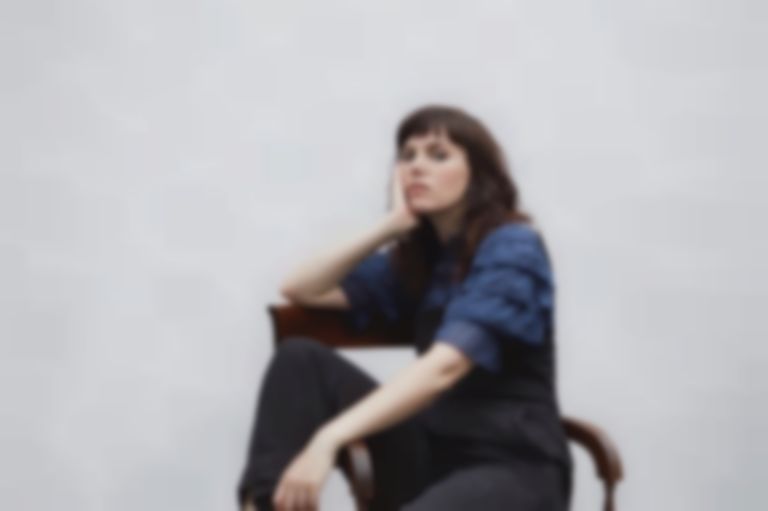 Last month the Scottish multi-instrumentalist announced her second album FIBS with lead single "Paramour". Today she's returned with another glimpse, in the form of "moonmoons".

Speaking about her new offering, Meredith explains, ""moonmoons" are the moons of moons, and this idea of intergalactic worlds within worlds and of doubling and playing with scale, of zooming in and out is explored right through the piece, down to the cascading climactic slowing down textures which are actually constructed using the rest of the electronics compressed into two second gestures."

Alongside her new offering, Meredith has collaborated with designer Arthur Carabott on an app called "moonmoons AR", which uses Augmented Reality and Spatial Audio to provide listeners with an in-depth exploration of Meredith's new single.

FIBS will follow on from Meredith's 2016 debut record Varmints, which was received the Scottish Album Of The Year Award the same year.

"moonmoons" is out now. FIBS will be released 25 October via Moshi Moshi. Anna Meredith plays London's EartH on 5 February 2020. Find out more.