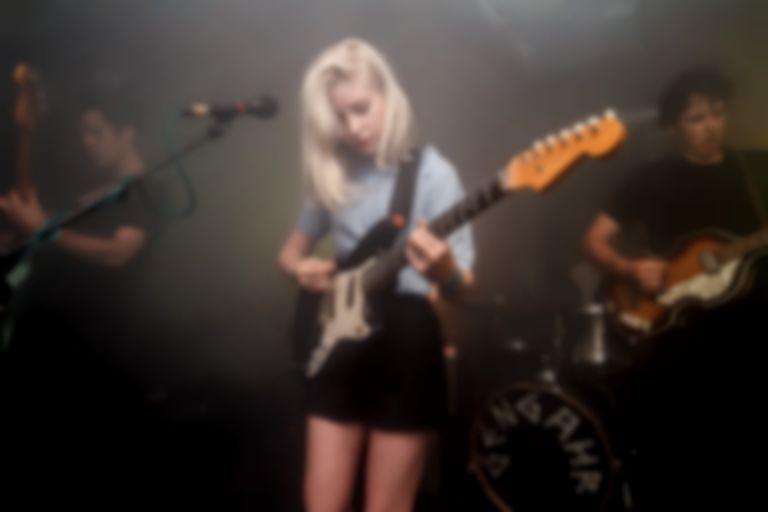 Canadian indie-poppers Alvvays released their first record to gigantic waves of acclaim last year, and they're still riding high on that same collection of songs, well over a year since its release. It's a real testament to the quality of the record - especially as they're still snowballing to greater things, with a headline spot at London's O2 Shepherds Bush Empire this Friday.

We grabbed a few moments with the group to talk about touring the U.K. and what life's like now a year on from the momentous arrival of Alvvays.

So last time we spoke you were a couple of weeks away from releasing your first record… what’s been the single biggest change since then?

My apartment is deserted now. The raccoons have no adversary. They win.

Has it opened up more doors?

I haven't felt like I was hallucinating yet at any point but the thrill of having people wiggle around to our songs hasn't faded.

Did you ever foresee the album leading to where you are now?

There was zero expectation with the release of our record so it's a nice treat to still be playing shows in other continents.

Is there anything in particular that you’ve been looking forward to on the UK tour?

What’s your favourite and least favourite things about touring the UK?

The van that we own in Canada is a bit of a dud so when we get to Heathrow and see a Sprinter waiting for us, it's exciting. The space between cities is much smaller than North America so you're not dodging mental demons on a highway for more than four hours. Sometimes it is hard to find handsoap and hotsauce in the UK.

How do you feel about headlining Shepherds Bush?

Hopeful the herd will come out.

We didn't really play festivals until this summer. Some people seem to know the songs now, so that helps. The summer was a nice change of pace from the groundhog day drudge of an extended street tour. Flying somewhere different every weekend and spending the week in Toronto is pleasant.

You’ve toured a lot since the release of the LP, have you had to change it up to keep things interesting or are you still finding new parts to get stuck in to?

It's nice to switch it up with new stuff we are trying in practice or a cover we are fond of, especially in a city you've played a few times. We still have fun with the old songs.

How do you feel about being shortlisted for the Polaris Prize? What do you make of the rest of the list?

There will always be the 'Art Contest Conflict', but because Polaris ignores sales and most of the industry mentality of yester year, it still means something. It would be unwise to make a prediction but I will say that the Tobias Jesso Jr record is lovely.

New licks for the next record.

What are you looking forward to next year?

Alvvays' self-titled debut LP is out now, which "Adult Diversion", which you can listen to below, features on. The outfit's remaining U.K. tour dates can be found afterwards.