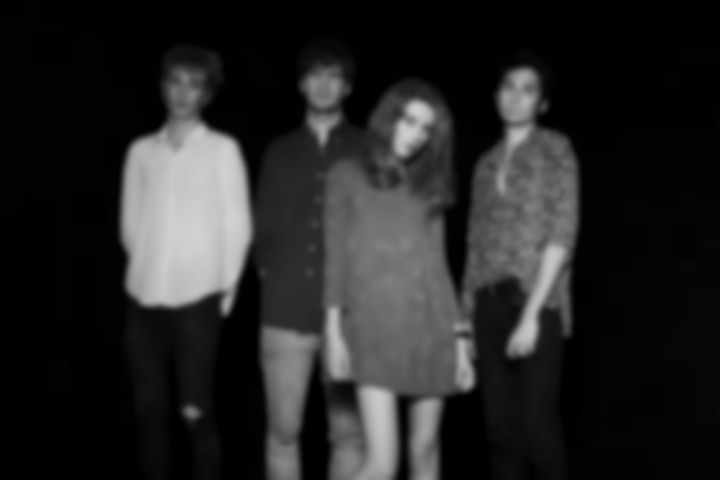 Newcomers-turned-national-treasures Wolf Alice have shared the first piece of new material since their heart-stealing debut album earlier this year, and "Baby Ain't Made Of China" is everything you'd want it to be.

Ellie Rowsell's vocals soar daintily along delicate melodies. Fragile backing chorals and swirling guitars spin on the edge of disaster for almost a full minute, at which point the whole track comes smashing through into a storming chorus. A rambunctious outburst of pounding drumbeats and lavishly layered guitars take control, before subsiding as the pieces pull themselves back together and a feeble composure once again takes hold.

"Love me, make me better" the lyrics cry out on the chorus. Mixing the following line of "wash those tears away" with "give me a reason to care", the song resounds with an intense desperation. Mixing sadness with a raging chaos, Wolf Alice endure at the top of their game.

The band tour the UK with Drenge and Made Violent through this month. Details can be found here.

"Baby Ain't Made Of China" is released as b-side to "You’re A Germ" via Dirty Hit Records on 30 October. The track is also available as a free download via Wolf Alice's mailing list.

Stream "Baby Ain't Made Of China" below.