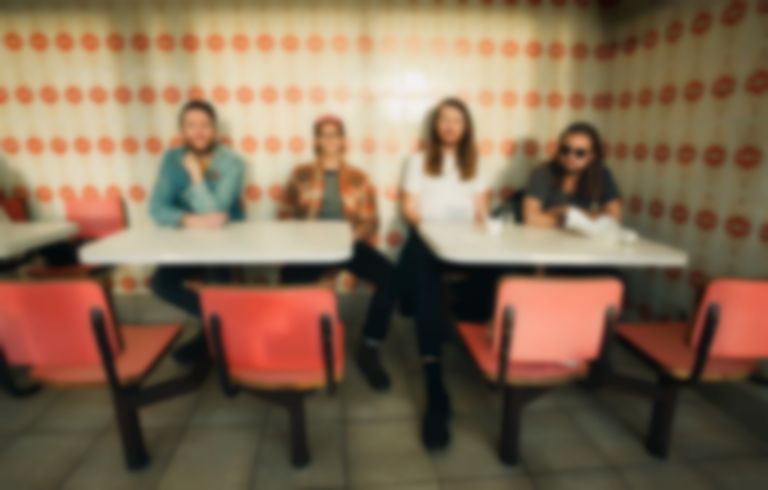 The track, named after the creek that winds through Morden, Manitoba (the hometown of frontman Gavin Gardiner), is a bright and breezy preview of The Wooden Sky's fifth full-length - the follow up to 2014's Let's Be Ready.

"Deadhorse Creek" is a sprawling Americana epic that bursts into life with woozy harmonicas, organs, and classic rock stabs before descending into grin-inducing chaos in its final moments. It's a track that builds and builds and builds, blooming and growing from a warm, dawn-rise opus into a summer scorcher with sun-frenched riffs and major pep.

"More now than ever, I feel the weight of responsibility to act and make things better for the people to come," says Gardiner of the record's political bent. "Maybe that sounds cliche, but it feels very real now. As an artist you have your voice and not much else. So you gotta use it."

The Wooden Sky are set to play shows at The Great Escape Festival in Brighton on 18 and 20 May. Timings/venues TBC.

Swimming In Strange Waters is released 7 April via Nevado Music.