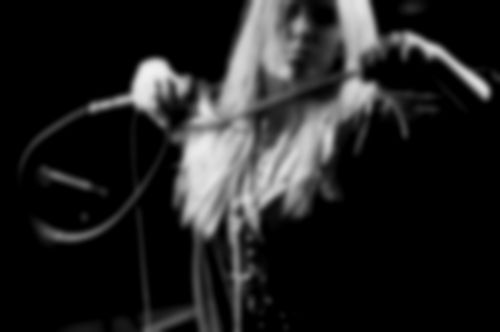 To say that Lykke Li has taken her time with the follow up to the shimmeringly beautiful Youth Novels record would be a gross understatement. Just what has she been doing since then? If the answer is to be found in the lyrics to her newly dropped single then the Li household laundry bill for bed linen is putting her bank balance in the red.

“Don’t pull your pants before I go down” and “Go ahead, go way low, where I can do no wrong” – Li’s filthiest lyrics since the “pulling your legs apart” line from ‘LIttle Bit’ – litter a track that occupies the space between ‘Antmusic’ and ‘Walk Like an Egyptian’.

‘Get Some’ might be construed by some as Li’s homage to the sexually-soaked output of Prince in the early eighties. It’s certainly as drippingly sensual as ‘Darling Nikki’, blown apart by the frenzied, reverbal guitars of a border-town saloon.

I make no apologies for scattering this Song of the Day with a barrage of comparisons from across the decades – Li herself has mined gold with a similar approach that meshes influences into her peculiarly breathless musical vision. “I’m your prostitute, you gon’ get some’”, she sings. Indeed.

Lykke Li: ‘Get Some’