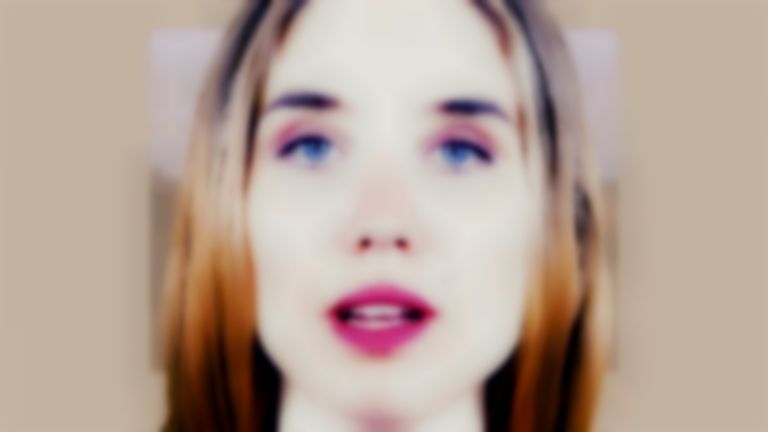 Majken puts the full might of her self-taught harp-playing skills on display on the twinkling new single that comes as the lead track from her upcoming debut album entitled Young Believer.

Having already released two tracks, "Teenage Desires" comes as the marker of what to expect from her first full body of work. The track opens with gentle harp plucks that glimmer with a lullaby-esque beauty, whilst Majken's vocals float with elegant ease and the atmospheric soundscapes slowly build around her.

The lo-fi folk track possesses a hypnotic magic that insists that you immerse yourself within the rich layers of gorgeous sound where Majken sings of teenage lust and desire. It is a song that is delightfully peppered with little surprises, with the biggest surprise coming in the last minute with the shimmering, organ-led interlude, which only adds to the dreamy nature of the track.

Speaking on the track, Majken explains how it was the first song where she began experimenting with her harp-playing skills, as she says "'Teenage Desires' was the first song I wrote and played on harp. When we re-recorded it for the third time we were in a basement where we had to turn off all the lights to get rid of electrical humming. I barely saw what I was playing and the session went on until four in the morning. Damon (Tutunjian) fell asleep over the laptop twice while recording and I had the worst harp neck for the next few days.

"Teaching myself harp has been very interesting, and I’ve become aware of the body’s ability to self-adjust the playing technique in order to get rid of small noises and ugliness I wouldn't notice when I first started playing. I still don’t know if I’m doing it right, but it doesn’t really matter. I’m glad we ended up using a take from that session!"

Young Believer will be released on 7 December via Kollektivet Records.