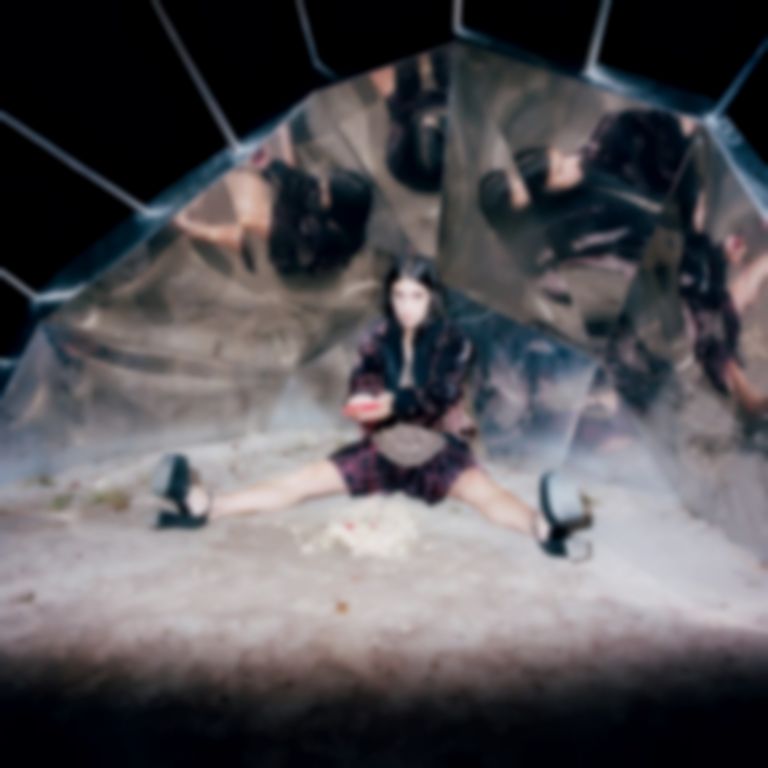 Known to many as one half of husband-wife duo Wildbirds and Peacedrums, Mariam Wallentin is set to go it alone with her first foray into solo material.

Lifted from the forthcoming album Blood Donation, ‘Invisible Giving’ premiered over on The Guardian last month. A sprawling, eight minute multi-tempo mood shifter, the track set Mariam’s primal vocal against a gritty backbone of complex percussion, subtle organ flourishes and growling bass. “I’ll cut all the pain out like spooning out a grapefruit”, Wallentin howls, like an uncontrollable beast; the very act of listening resulting in a cathartic sigh of relief as the song reaches its climax.

Today, we’re thrilled to be able to premiere a remix of said track by occasional Lindstrøm collaborator Prins Thomas. Here, the Norwegian producer milks the original of its claustrophobic tendencies and guides it towards the dancefloor. Still dark and massively affecting, Thomas finds a new entry point into ‘Invisible Giving’ – and with it, creates one of the most exhilarating and infectious remixes we’ve heard all year.

Mariam the Believer’s debut album Blood Donation is set for release via Moshi Moshi on 7 October.