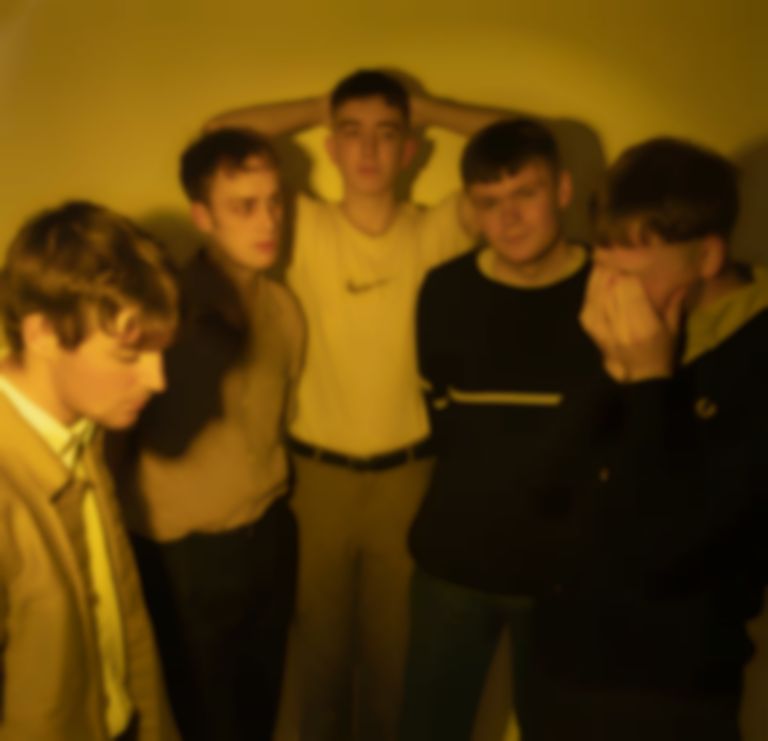 A guitar line that's almost nicked off the front of a '94-'96 Blur x Oasis headline resides underneath Hotel Lux singer Lewis Duffin's spoken-word spiel about bending the truth to create a better story.

Make absolutely no mistake, this would’ve been your dad's favourite song, had it come out in the '70s - it would’ve nestled nicely on his Walkman beside XTC, The Jam et al. But it also has this wonderful self-referential in-joke-ness that only the band understand. Many a band try and fail to create this sense of post-modernism, but its Hotel Lux’s actual relatable
schisms that makes it work for them.

Dissecting the track's origins, the band say: “That old saying of the journo's cut, paste and twist is the same in songwriting. Just no-one admits it. These three verses and a silly chorus are a confession.”

“Tabloid Newspaper” is out now via Nice Swan. Catch them live on 3 March at London's Waiting Room. Find their other tour dates on Hotel Lux's Facebook.