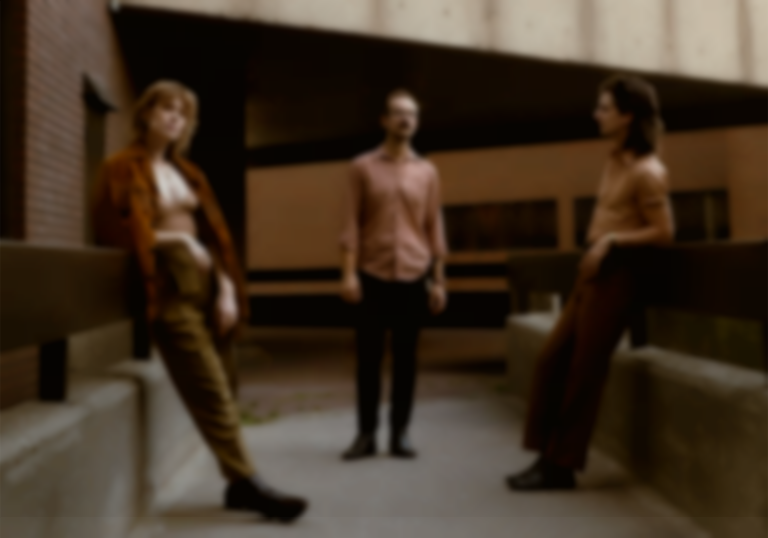 Photo by Stephanie Montani
Song Of The Day

Ellevator know how to pay homage to their influences in the very best way possible. “Easy” is a track that offers plenty of different paths on which to embark, whether one favors the slinky, dark guitar rock of Spoon or the ever-changing sonic landscape of Arcade Fire.

The track, the first off the trio's upcoming 2022 album on Canadian label Arts & Crafts (home to Canadian stalwarts like Broken Social Scene) chronicles lead singer Nabi Sue Bersche’s shape-shifting upbringing, heavily influenced by religion in ways that go beyond typical Sunday church outings. “As a child, I spoke in tongues and prayed until my body swayed with a gentle force like wind knocking me backward,” Nabi Sue says. “A deep and abiding love of the natural world took hold of me. I witnessed firsthand the wild power of music – how it could uplift, ensnare, console, inspire."

"When I was 17 I moved to the other side of the world and joined what would most accurately be described as a cult. I prayed for strangers I met in parking lots. I shut my eyes and read the dappled light between my lashes like tea leaves that could divine the future. Vulnerability was a badge in that community so I learned to overshare. Teachings were given in the language of freedom while the stiff hand of purity reduced my body to a shameful temptation. Growing up like that gave me a love of music, a nose for bullshit, and a lot to unravel. This song is about the good and evil things we are raised to believe. I was held captive by an ideology that severely limited my life and my perspective of the world around me. It’s a process I’m still in the middle of, this work of extraction."

The band have certainly translated Nabi Sue’s emotional upbringing into diverse and complex work that keeps the listener guessing. “Easy” has pulsing synths, crashing drums and intricate guitar, all weaving in and out of each other. The equally striking music video features the band and Nabi Sue performing under both a setting sun and the spare fluorescent lights of a parking garage in their hometown; Hamilton, Ontario. As she repeats the refrain “Easy does it,” close-up zooms overlap in a dizzying array.

Chris Walla, producer and former Death Cab for Cutie guitarist, lent his own considerable talents and experience to the track’s production. “The very first time I spoke with Ellevator, I asked them a bunch of leading questions, identity questions, in a bunch of different ways: who are you, and how do you self-identify?,” shares Walla. “And where we ended up with 'Easy' is, in a lot of ways, a fantastic three-minute answer: Ellevator basks in the sun like a cat, and they'll tear you to shreds in an alley if it comes to that.”

Previously putting out an EP in 2018 and touring with everyone from fellow Hamilton group Arkells to American rockers Cold War Kids, Ellevator have lots to offer fans who value the introspective lyrical output of early-aughts indie, not to mention the genre-bending nature of being a rock band in 2021.