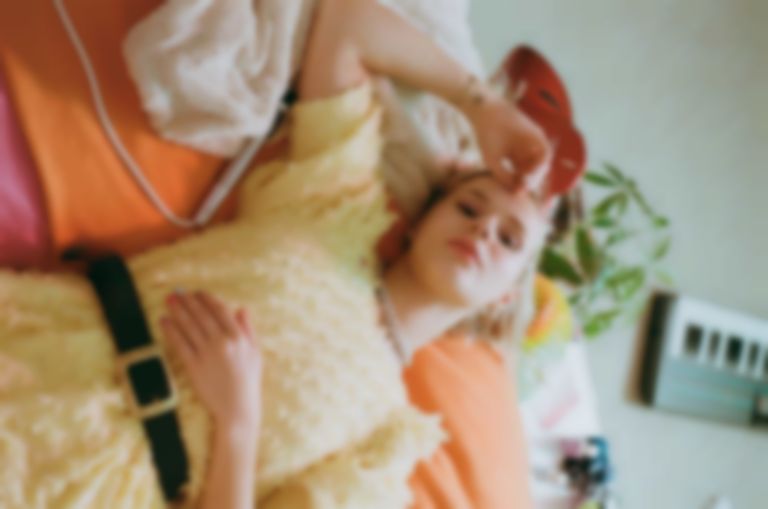 ELIO push-and-pulls between the benefits and burdens of social media on her debut “My Friends Online”. While not written about the ongoing pandemic, it's the perfect accompaniment to days of self-isolation and self-reflection.

ELIO's debut is a contemplation of the value in virtual and offline experiences - a topic which feels habitual in Gen-Z bedroom pop, and couldn't be more relevant right now.

The Welsh-born but Canada-raised 22-year-old ELIO (real name Charlotte Grace Victoria) wrote the track about the online relationships we build with strangers. “My Friends Online” bites down to whether those connections can bring fulfilment in a time where the internet feels simultaneously connecting and disconnecting.

The track, taken from her debut EP due in summer, melodically presents itself as the love child of Clairo and The 1975 – delicately intimate but with angular production and metaphorical purpose. It's accompanied by a relatable video in which ELIO bounces on her bed between poster-covered walls, losing herself in early 2000s nostalgia – think fluoro colours, VHS and flip phones.

“I’m learning when my phone is serving me and when it takes me out from experiencing life,” says ELIO. “To be honest, I didn’t realize I was so caught up in social media and the need to feel connected until I was writing ‘My Friends Online’ last November.

“It’s weird that a lot of people that I know, I’ve never met in person but they’re also not strangers to me. I didn’t realize how extreme and crazy it is to be invested in so many people’s lives that you would never actually see past your phone. I feel like that’s such a big thing for my generation and how connected we really feel to the people around us.

“As I’ve been getting ready to release ‘My Friends Online’ this week, five months after I wrote it, I’ve been thinking about how now more than ever we really are blessed to have the technology we have when we can’t be together physically, but sometimes it’s hard to find the balance.

“I think mentally, the next few weeks will be hard for a lot of people, myself included, since being home alone only consists of socials and Netflix, but learning when you feel good communicating on your phone and when you don’t is a huge thing to maintain a healthy relationship with it. My generation loves to joke about how distant and self-isolating they have been for their whole lives, but now it’s serious and we actually have to look out for one another.”

“My Friends Online” is out today. Find ELIO on Instagram.