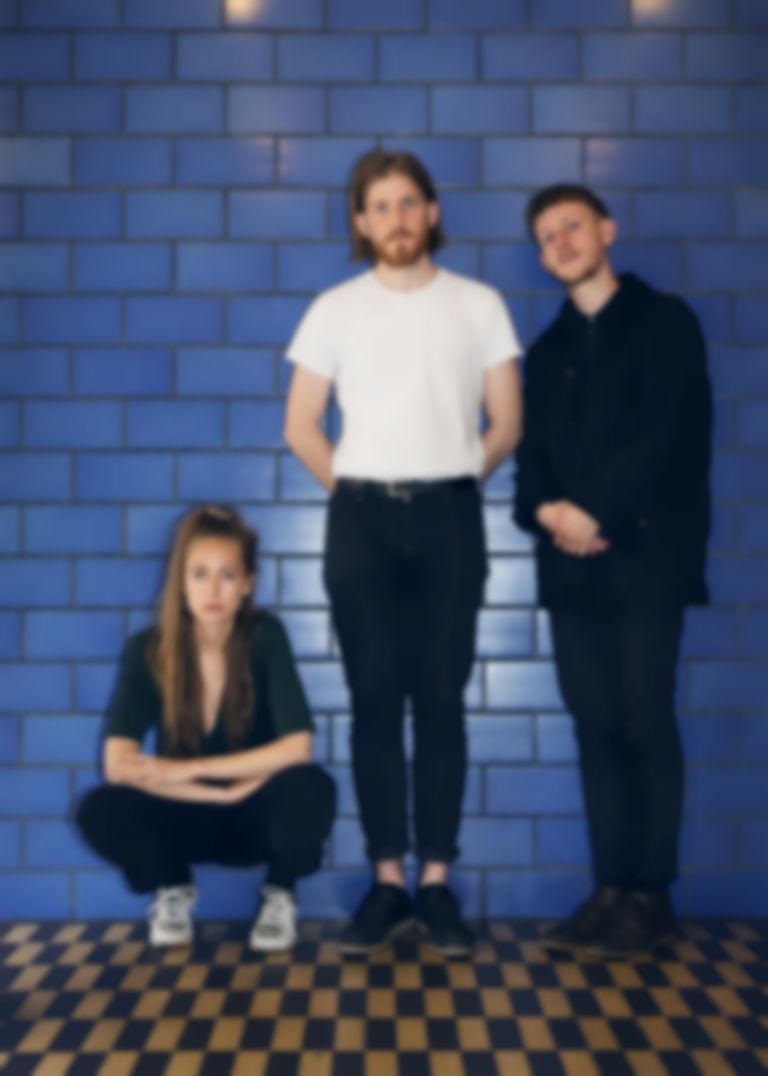 “Often, it feels like the best way to describe our music is to mention what music we like and why. But in short: A sad, shiny disco horse,” explain rapidly rising trio CHINAH, answering my email on the way to Reeperbahn last week.

If “sad, shiny disco” sounds like something of an oxymoron to you, that’s because it is: CHINAH are Copenhagen’s most on-trend new group, and although their skewed take on ‘80s pop bears faint strains of downbeat innuendo, there’s been a subtle, joyous rapture to their music from day dot.

“Can’t Remember How It Feels” takes that feeling of ecstasy to a different plain however. Their new single - the first to feature live drums - is more carnival piñata than disco horse: an explosion of grinning bass licks and charming squirts of dayglo guitar, all coated in Fine Glindvad’s bracingly sweet vocals. The band point to simplicity as the key to their writing success; sure enough, there are patterns and hooks to “Can’t Remember How It Feels” that wouldn’t feel out of place on a Top 40 pop record, but it’s patience that sets CHINAH apart in a world crowded with bedroom electronica projects.

Their glitterball-bursting debut track “Away From Me” is over a year old now and the band are still to tour extensively. “Obviously, playing great live shows is also a great aspiration for us, but our dreams are mostly about releasing good music that we're proud of,” ponders Fine. If CHINAH continue this steady, brilliant ascent, they’ll have conquered so much more than just the dance floor in another twelve months time.

"Can't Remember How It Feels" is available now via Danish label No3.