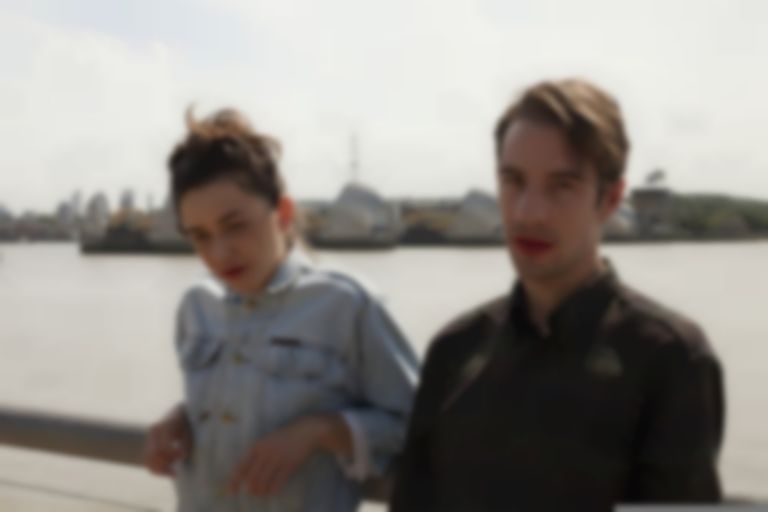 With only a few songs officially out in the world, London-based duo Blue House have managed to feature something new with each release.

So with an established centre point of sorts in warm, beautifully textured approaches, to what degree left or right of it do we find Blue House now? Look no further than "Ear To The Door".

On this latest cut, Blue House head out to the country and return to their humble origins. The story goes that Howard and Russell initially got together following a drunken duet of a Patsy Cline number while atop a rickety old table at a party, and that natural chemistry shines through here.

"Ear To The Door" continues Blue House's hot streak of stylistically diverse releases, with the twosome harmonising throughout for the first time against twangy acoustic strums, twinkling keys, and a distant harmonica line.

Suppose is released on 30 September via Whipped Cream Records. Blue House play this year's End Of The Road Festival (2-4 September).