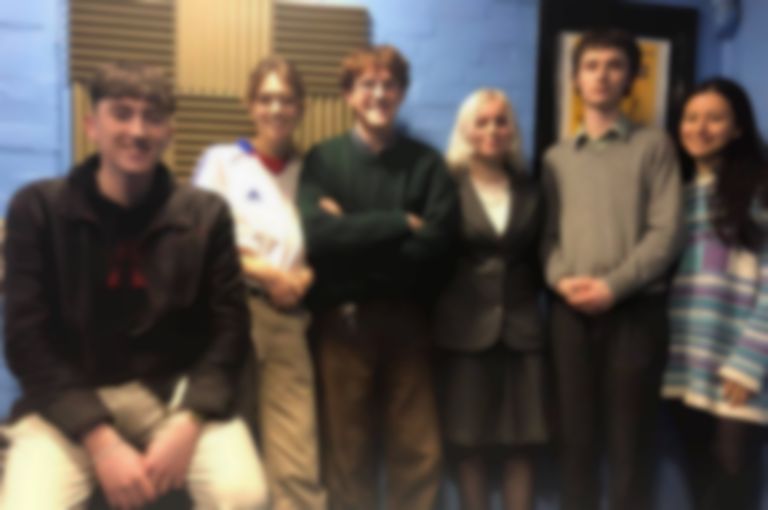 The enigmatic London-based six-piece lay their flaws on the line in a jagged six-minute saunter of raw twists in course. The band say their debut details “a spectacular return to bad form; a romantic encounter; and a chronic fear of intercourse”.

Lead singer Isaac's unnerving vocal wavers like Mark E. Smith as he staggers through cynical references to Ariana Grande and a playful mimic of Phoebe Bridgers (the line "why do you sing with an English accent? / I guess it's too late to change it now" from her track "Motion Sickness") alongside uneasy Gang of Four-esque jangling guitars. Throughout the track's vivid phases, his vocal intensifies, nose-diving into a strained growl of desperation. The track's final development jolts into a steep digression of brass-filled snare marches, recalling Neutral Milk Hotel.

"Athen's, France" is out today on limited vinyl and digitally via Speedy Wunderground. Find Black Country, New Road on Facebook. Their UK shows include tonight at The Line of Best Fit's Five Day Forecast at The Lexington, Speedy Wunderground Showcase on 26 January at Moth Club, and 27 April at Test Pressing Festival.