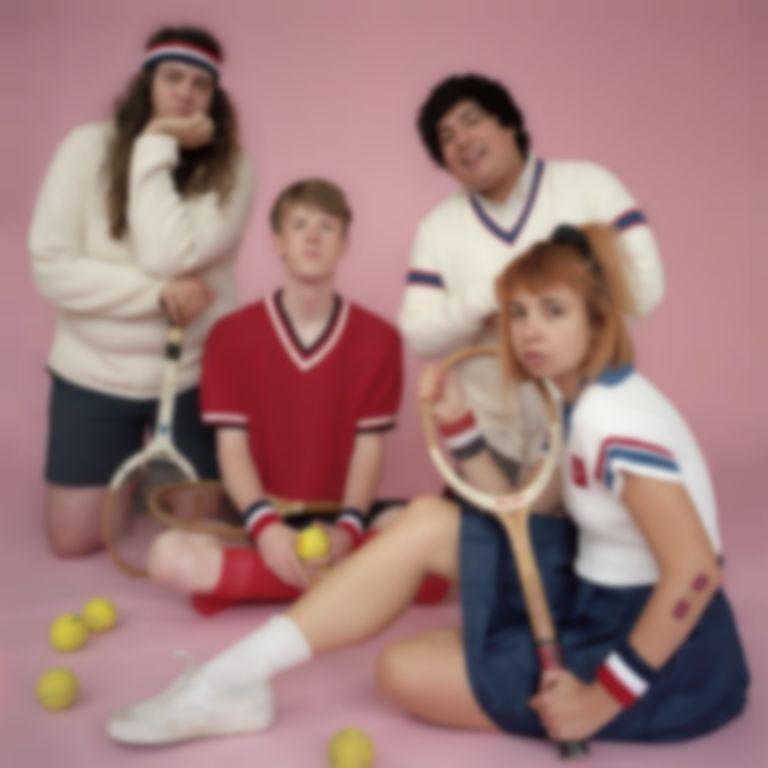 Taken from their soon-to-be-released album Honeymoon, Beach Bunny tease us once again with their latest outing "Cloud 9".

Continuing to ramp up the anticipation to a fever pitch for the release of their debut album Honeymoon, Chicago’s Beach Bunny return with the record’s third single, "Cloud 9".

True to the album’s name and Valentine’s Day release date, "Cloud 9" is an undeniably giddy love song. Through the verses the instrumental is sparse, guitars mixed low to allow drums and an understated yet danceable bassline to take the lead; it clamps like a ribcage around vocalist Lili Trifilio’s lovestruck lyrics.

“When he loves me, I feel like I’m floating / When he calls me pretty, I feel like somebody,” she ruminates as the track progresses. Then the chorus swells - like butterflies in the pit of your stomach - with Trifilio swearing: “You will always be my favourite form of loving”.

Aside from its relatable lyrics, the standout moment of “Cloud 9” is its jerky, Strokes-influenced bass solo, demonstrating the band’s natural cool even as they throw themselves into passion. Whether you’re a romantic or a cynic, you’ll be dancing in your room by the time the song’s over.

“I sought out to write a true, gushy, genuine love song when creating 'Cloud 9',” Trifilio says of the track. “At the time I was at a questionable point in my relationship and I was reflecting on the last few years and how despite the ups and downs, love held us together.

“I hope that anyone who listens to this song can feel the love in the lyrics and give love a chance, as well as remember to always love themselves first and foremost."