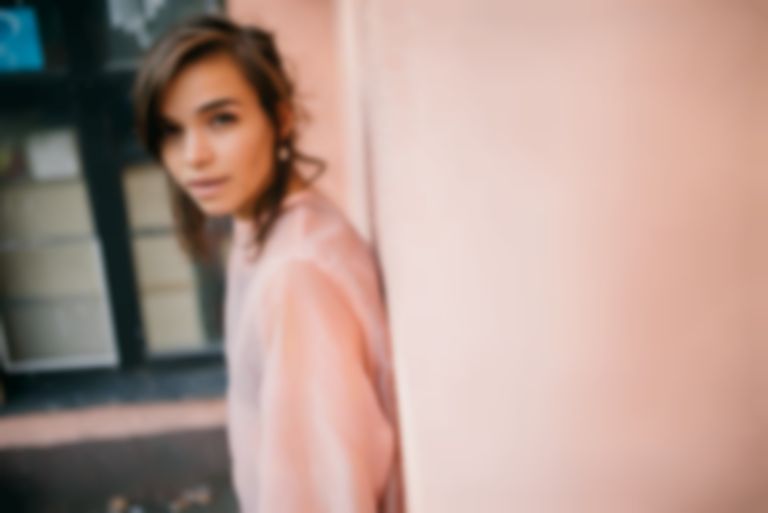 We've known for a while that ARY has eveyrthing it takes to be a popstar and new single "Childhood Dreams" is just the tip of the iceberg.

ARY is the moniker for Trondheim-born, Oslo-based singer/songwriter Ariadne Loinsworth, who has been on our radar for awhile now with her ethereal, otherworldly pop shining with promise of something more. That something more is this single and the rest of the new music set to be released in the coming months.

"Childhood Dreams" deviates from the expansive soundscapes of previous singles and instead serves up a slice of concise electropop. Dealing with a familiar theme - her development as an artist - this kind of song seems to be a sort of rite of passage for young artists who understand what they're doing and what they're making. For ARY this growth is ongoing, but the song directly deals with where she's at now, she explains "the song represents the balance between love, safety, and ambition. How I remembered looking back to my childhood dreams, and comparing my expectations to my reality.”

With its pulsing beats and delicately hummed backing vocals the new song doesn't really hit its stride until the synth drops in the second verse, its then when the electronic production really comes into its own. Recalling a night of songmaking in the lyrics, she claims "the songs I've made were visionary" and if anything "Childhood Dreams" is the shining, illuminated gateway from which we'll now see some real exponential growth in both ARY's music and artistry.

If ARY's statement about the single is anything to go by, she agrees:

"'Childhood Dreams' was written at a time in my life when everything was very new to me. I had just signed with my record label and started working through my demos. At the time I realised how much work I would have to do - to make my dreams become my reality. After the song was finished I listened to it and heard the story of how I used to feel. I was experimenting with a lot of sounds and expressions at the time, and without knowing it, I had described my state of mind. I heard myself let go of former connections and take a deep dive into my career and realising what it takes to reach my full potential. I found it terrifying to do my best, in case that wasn’t good enough. I still do.”

"Childhood Dreams" is out now via Petroleum Records.