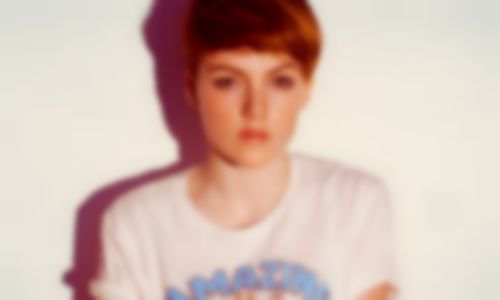 The new voice of the teenage pop revolution? Best Fit chats to Chlöe Howl in her first ever interview and reveals a brand new song in the process.

Chlöe Howl made a rather fine first impression back in the closing months of 2012 with "No Strings"; her teen angst ode to one night stands that combined everything we used to love about the social commentary pop of Lily Allen and Kate Nash, pinned together by a shameless rip off of Foster The People’s ‘Pumped Up Kicks’ and a throaty “do. not. fuck. with. me.” delivery that has had everyone from Pitchfork, The Guardian, and indeed Best Fit, up in raptures.

Here, in her first ever interview, Howl is exactly as we expected. Not pandering under major label pressure nor weighed down with the pseudo ‘serious artist’ nonsense that many a teen pop star falls into, Chlöe is still a kid – and quite rightly – acts like one too. As charming and witty as her songs, she reveals what it’s like to be a teenager in 2013 (“I don’t think it’s any grimmer now than it’s ever been”), why she wouldn’t want to be called “Cheesy Finger girl” and why she’s already broken all her new year’s resolutions.

Listen to brand new song ‘Rumour’ below. Another slice of deliciously addictive synth pop that chalks up yet another win for Howl’s campaign to be the new voice of the teenage pop revolution. Viva la Howl!

Hello Chlöe. As far as we’re aware, this is your first ever interview. As flattered as we are about this, it basically means that the world doesn’t know a single thing about you. Let’s rectify… Can you give us five fascinating Chlöe Howl facts please? Go go go.

I’d love to!
1. I hate mashed potato. If you try and feed me it we probably won’t be friends.
2. When I was six years old, I used to tell people I was from Holland (which I’m not) and used to talk to them in “hollish” (I didn’t know the correct term was Dutch). One day an actual Dutch girl spoke to me in her lingo, and I made up gibberish in response. She wasn’t fooled.
3. I live in the village next door to Bray, where the Fat Duck is, and sometimes Heston Blumenthal walks out of my butchers and I say: “oh look!”
4. I can dislocate both my hips.
5. I once licked my kitten cos I thought it would give us a stronger “mother and son” type bond.

Like me, you have freckles. My mum used to tell me that they were ‘fairies kisses’. What bullshit lines did your parents feed you when you were younger?

FRECKLED HIGH FIVE!! So, when I was younger, kids in the playground told me the C word was the worst word in the world. I asked my dad about this and he told me that actually, there’s an even worse word: the X word. For at least two years he kept me wondering about the X word, and told me that he couldn’t tell me what is was until I was older. He forgot about this, and five years later when I just started secondary school, I confronted him about this X word that my friends knew nothing about. He laughed in my face. The X word didn’t exist.

Alright. On to the musics. Assuming your debut single ‘No Strings’ is autobiographical, its subject matter is pretty heavy going for an 17-year old. Is being a teenage girl in 2013 really as grim as it sounds?

I don’t think it’s any grimmer now than it’s ever been, but I guess people don’t expect 17 year olds to own up and say: “Oh hey guys! Yeah I drink alcohol and fool around”. I didn’t really see the point in pretending this kind of stuff wasn’t going on and acting as though everything’s like ‘Glee’. ‘Cos that’s not normal and no one wants to hear that it is, because it’s just not real. I’m my age so I’m gonna talk about how gross it is to be my age, ‘cos otherwise I’d be lying to you.

You’ve just signed to one of the biggest labels in the world. Just to put that into context: the same label as Bob Dylan. That’s pretty amazing. How did the whole thing come about?

I always feel really cool when friends ask me who else is on my label. ”Ah, y’know. Just Bob Dylan and Bruce Springsteen. No biggie”.

I was just working with a guy called Danny near where I live. We started writing, for fun really, then a few years in we were like: this is actually not bad.
He introduced me to Martin at Heavenly Records who loved it and helped me find my management and now here we are! I’m ridiculously lucky to be honest!

You’ve joined Columbia at a time where the label has had a sort of resurgence of bright young things… Peace, Little Nikki, Lucy Rose, Rita Ora… A mixture of massive commercial success and genuine critical acclaim. Do you feel any pressure being on such a big label at the start of your career?

I really don’t. I actually genuinely think I’ve lucked out with the people I get to work with. Everyone’s seriously lovely! They’ve always let me do what I do and there’s never been any pressure on me really. It’s all rather chilled out. Lots of tea and biscuits. 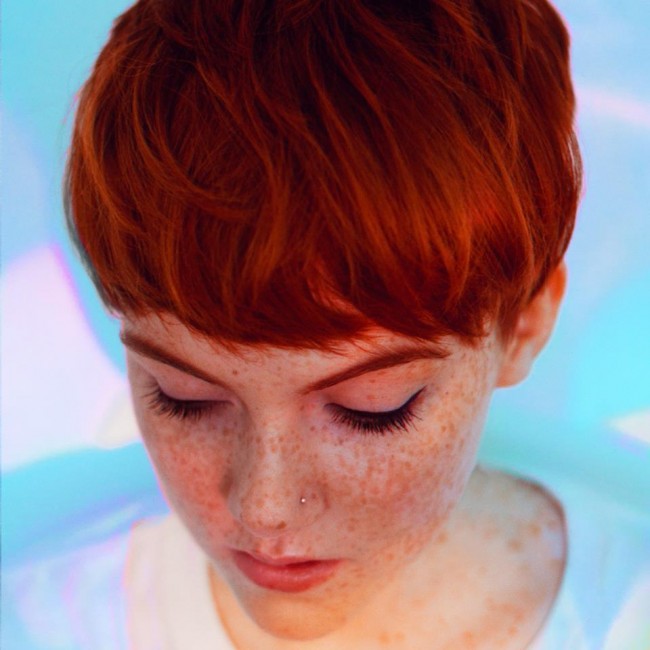 What music did you grow up listening to?

Im sort of still growing up so it’s changing all the time! But when I was really young, my dad used to play us a lot of his music on long car journeys. And that’s how I ended up falling in love with The Smiths and The Cure. ‘Age of Consent’ by New Order was a big road trip tune too. And from there I began discovering music for myself. Then when I was 10, Demon Days by Gorillaz came out and I was literally obsessed. There’s one summer holiday where every time I think back to it all I can hear in my head is ‘Last Living Souls’.

I remember being at school one day when I was 12, and my friends discovering I had somehow managed to never hear ‘Wonderwall’ and the shock on their faces spurred me on to properly educate myself and try to listen to as much music as I could possibly get my hands on so I’d never have to go through that again. So I have gone through a LOT of phases.

More ‘getting to know you’ questions…. Let’s get down to some serious business. Would you rather have a runny nose for the rest of your life, or constantly have the dust from a bag of Wotsits stuck to your fingers?

That wotsit stuff is actually disgusting. There’s nothing worse than your hands smelling weird. I’m always like: ”Ew. Where the fuck have I been?!”

I don’t eat wotsits, and that dust is to blame. People would call me ‘Cheesy Finger’ girl and everything I touch would be tainted orange. I’ll have the runny nose please. Then everyone will think I’m fragile and adorable.

Who would you rather spend the day with? Taylor Swift or Harry Styles.

Taylor Swift would have a lot to bitch about. And that could be great. She has a lot of guys to hate on, so there’s probably no awkward silence she couldn’t fill with a relationship rant. However, that could get dull and I’d way rather hear about how weird Taylor was from Harry. And… He could tell me what makes me beautiful and I’d love that.

If the internet disappeared for a week, what would you do with all your free time?

A lot of pizza would get eaten.

Who would win in a fight between a Badger and a Beaver. And WHY?

Badgers are always getting run over. Ever seen a beaver by the side of the road? No. They know the green cross code. Plus, beavers can swim so they have more places to escape to.

And finally, what does 2013 hold for Chlöe Howl?

Hopefully lots of really exciting stuff. Definitely more music on the way. Also… The breaking of all my new year’s resolutions. Because I have eaten like a pig and I spent all of yesterday in my pyjamas.