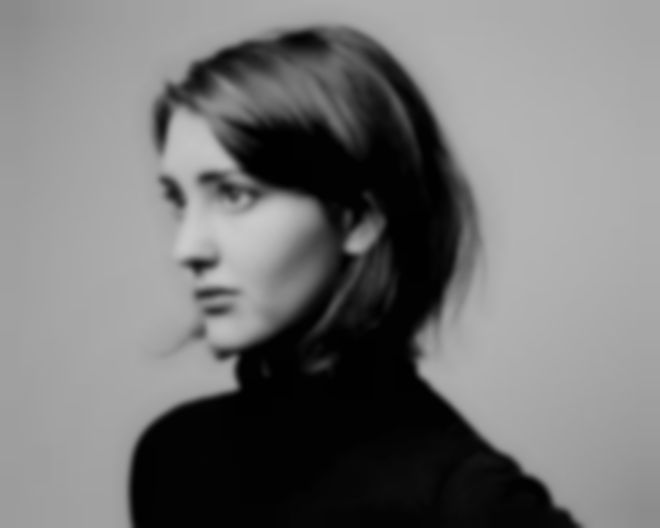 “Broken Twin is the synonym of a young woman with good stories to tell and a magical way of doing so,” reads the introduction for the project of Danish musician Majke Voss Romme.

It’s a simple and beguiling statement which concisely captures the mysterious grace which emanates from her music. The eerie spaciousness of her minimal piano arrangements fit the recognised mould of Scandinavian/Nordic music, drawing a similar kind of lucid natural beauty as Sigúr Ros do, but in it’s direct emotional heft is also kindred with the weather worn strength of songstress’ like Sharon Van Etten. The combination is thoroughly arresting, and the delicate simplicity of the songs give them a stark sense of familiarity, a classic shading which makes them sound as if they could probably have been recorded anywhere in the last thirty years or so. This is notable because that timelessness manifests itself in the craft of the songs themselves, not just in the kind of shallow production aesthetic which is often used to hark modern artists back to a different era, there is a very salient substance to the songs.

Following the initial release of her debut EP, the gorgeous Hold On To Nothing, in Autumn of last year Majke was invited to play a handful of shows with Jens Lekman, and has continued to grow in stature with a slew of well received festival slots since. It’s no surprise either, because the soulful warmth of the four tracks which make up that EP are as strong a first impression as I can recall any artist making on me. Listening to the unspoiled purity of the sounds on ‘Out of Air’ along with its halcyon vocal melodies I find it hard not to consider Broken Twin as one of the most gifted young songwriters I’ve heard in a long time. With that in mind I asked Majke a few questions about her inspirations, the music culture in Denmark and the progress on her upcoming debut album.

Where did the name Broken Twin originate?

I had started this band with a good friend and we needed to call it something – and as I remember it, the name came up kind of accidentally. Of course I have my own understanding of it now, but what I like about it is that it can mean different things depending on the person relating to it. Some seem to take it very literally – I’ve been asked quite a few times if I’m a real twin – and some see it more abstract. Also some people think it has to do with me being a solo artist now, but that’s not it. And I’m not a real twin. My zodiac sign is Gemini, but that had nothing to do with it either. It’s pure coincidence.

What’s your music history, how long have you been writing songs?

I’ve been writing songs from a very young age. I’m not sure how old I was exactly but at some point I just started sitting by the piano by myself. I locked myself into this little bubble, but I enjoyed it and I could sit there for hours without being bored. Apart from that I took piano and singing lesson as a child, but I never truly enjoyed that. I wasn’t interested in playing scales, and I was always so nervous that my teachers weren’t happy. I just wanted to play the songs I liked and make up my own songs.

Some of my first musical memories are from my childhood, when my father played piano and sang with me. We had two main songbooks with all the bigger Danish and international rock/pop classics that we went through. I never wanted to stop once he got started. And my mother liked a Danish hippie band called the Savage Rose that I remember liking very much as well. But apart from that I wasn’t very different from the other kids at school when it came to musical education. I would listen to what everyone else was listening to – what ever was on the radio.

It usually starts at the piano – sometimes on the guitar – sometimes in words. Usually I just play around and sing a random melody with meaningless words and then at some points there is something that feels right, in a way. And then I try to build up something from that place. It’s always very intuitive – I try not to think too much while writing. I also often start arranging and recording while finishing up the song, so that it gets a natural part of the process and so that the arrangements stay as close to the original idea of the songs as possible. Sometimes it’s easy and sometimes I need to go back and forth a hundred times. But mostly the basic idea – for me – is the key to each song.

The arrangements of your songs are really quite spacious. Would you say that you’re drawn to the power of simplicity?

I like a lot of different musical expressions, but I’ve definitely always been attracted to simplistic or spacious music. I love when every instrumental line in an arrangement and each word gets to have a voice and gets to be heard. In that way I think spacious music can be just as brutal as a noise on noise in a big soundscape. And it’s less confusing.

Do you consider your sound to be overtly influenced by any non-music influences? It sounds like it has quite a strong kinship with nature.

I love nature, but I love music too. I always find it difficult to put different sources of inspiration or influences as separate things. I see it more as a melting pot – both, and – nature, music, relations, ups, downs, what ever I meet, see or hear through life. It’s all coming together making this weird little extract that becomes my musical language. It’s tangled up.

After working with a few producers on the EP you decided to do things yourself, did you have a very clear idea of the sound you wanted to achieve?

I worked on the EP with my good friend, Emilie. When we started working on the EP we definitely had an idea of sound for the songs, but we also had some insecurity about it – and we needed time to try out different things. Also there was something really deliberating in learning how to record everything ourselves, making our own mistakes and so on. It has helped me to feel a bit more sure of what I want working on this album, though it’s also been (and still is) a process of trying and searching and seeing what happens. Also it’s been important for me to listen to what comes out of me rather than what I want or think should come.

What is the music culture like in Denmark at the moment?

As I see it, it is very varied. There’s a great alternative scene in Copenhagen, where people seem to experiment with a lot of different expressions, and in general people seem curious towards other music than what’s playing on the main radio channels. The interest is there, and it seems like a lot of good music comes out of Denmark right now.

Is it a good place in which to be a musician?

Yes, Denmark is an extremely fortunate place to live, when being a musician. The government is relatively good at supporting culture life and venues are good at paying musicians to play. So Danish musicians are a bit spoiled. But the good thing is that it gives people here a lot of freedom to dive into the music they prefer making and it doesn’t seem like there’s a lot of competition between bands – people are happy to help each other.

Are there any artists you’d like to recommend to our readers?

From Denmark I’d like to recommend Under Byen and Murder. Not from Denmark – I listen a lot to Bill Callahan at the moment and I’m looking forward to hearing his new LP when it comes out. And Stina Nordenstam is an old favorite of mine.

You’re coming over to the UK for End of the Road Festival later this year, will this be your first visit?

I’ve been in the UK a couple of times before – I have some family there and a few friends in London. I also recently went to Lewes to mix some of the songs with Ian Caple. But it will be the first time for me going to the UK to play a concert, so that’s exciting. I’ve heard so many good things about EOTR and I’m really looking forward to sitting in the evening sun, listening to good music with a warm cup of brandy while watching the peacocks scamper around… Don’t know if I’m romanticizing it too much.

What can you tell us about the album at this stage?

The album is still in the making, so it’s hard for me to say much yet. But it consists of songs written through the last three years and like on the EP I’ve wanted to keep simplicity and space in the arrangements. And it’s a slow record. That just occurred to me! If you’re a slow dancer, you can dance to it.

Who are you working with, where are you recording it, and what are some of your ideas for it?

I’ve recorded some days in February with Ian Caple and some musicians I know from Copenhagen in a small studio. And after those 9 days I’ve spent some months arranging, recording and finishing up the songs myself in my apartment. Recently I went to Lewes to visit Ian and mix most of the songs, but there are still a few things I’d like to polish off before letting go of it. So that’s how I’ll spend my summer!

Hold on to Nothing EP is available now through Broken Records.