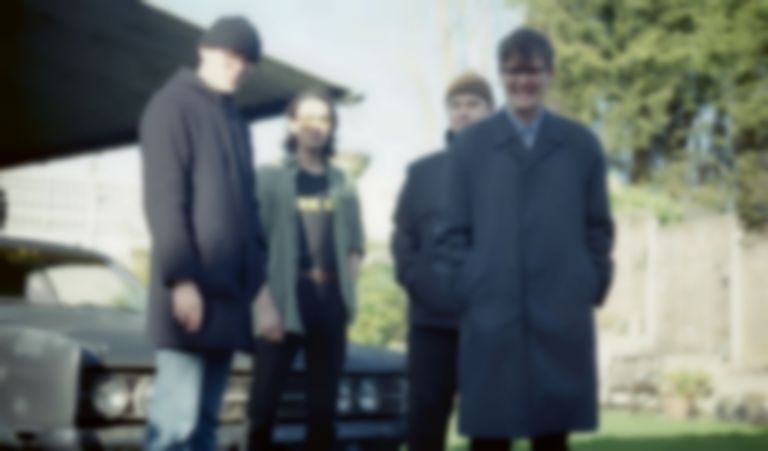 Following in the wake of their debut single “The Trapper’s Pelts”, noisy Leeds-based bunch Yard Act return with the jaunty swipe of “Fixer Upper”.

Yard Act - in a similar vein to Do Nothing - have quickly proven themselves to be a voraciously empiric force with a caustic persuasion. Dripping with mordant zingers and boastful instrumentation, new single "Fixer Upper" tells the fictional tale of the hifalutin Graeme, his property portfolio and borderline bigotry.

The follow-up to Yard Act’s debut release “The Trapper’s Pelts”, "Fixer Upper” sees the band taunt their fictional character in a pleasingly jeering manner. Shrewdly depicting that somewhat provincial viewpoint in which media degrees are pointless and where prosecco o’clock reigns supreme, crooked throbbing guitars accompany invidious kick drum and terse vocals. Whilst the bravado intensifies so does the heaving and grating before everything implodes in a perfect slice of post-punk orchestration.

“Graeme was inspired by an amalgamation of people who lived on my street growing up,” says vocalist James Smith. "I think everyone knows a 'Graeme', maybe a neighbour or an uncle...sorry if he’s your dad. Not a bad man at heart, he just sincerely believes he’s from a country and generation that achieved the apex of everything so therefore can’t ever be wrong about anything”.

Written between two rooms in bassist Ryan Needham’s house, the seesaw accelerated nature of its creation lends itself perfectly to Graeme’s circuitous monologue; “Graeme’s are a dying breed, it’s hard to mourn the man too much, but I suppose they deserve some form of obituary....I just never expected me to be the one writing it”.