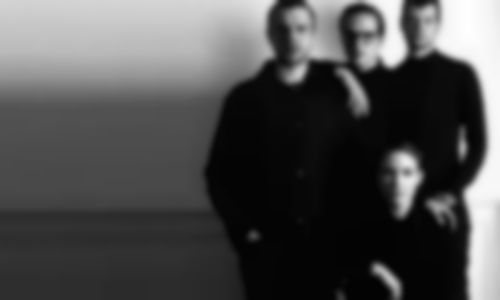 Woman’s Hour ended a marvelous 2013 by signing to the the impeccable-of-roster label Secretly Canadian. The first recorded fruits of that relationship come today in the form of new single “Her Ghost”, a taster of what we might expect of the upcoming debut album from the London-via-Kendal four piece.

It’s a track that sees the band build on their developing sound motifs: a sparsely minor key affair intelligently brushed with a guitar hook that weaves intently in and out of Fiona Jane’s lilting vocal. Tapping into the same intimate sensory space as earlier single “Darkest Place” it comes with a confident production, arranged respectfully around the song’s chiming pace. It’s stridently emotional in all the right places without needing to peddle a forced melancholy.

“I’ve got nothing to say to her ghost/Hoping she’ll fade away” sings Jane, carving out a lyrical landscape of despairing ambiguity at once both universal and alien. The track’s out now for download and a 7″ follows on 24 March and can be can be pre-ordered over at Rough Trade. We’re also promised B-side “I Need You” on digital next Monday (17 February) too.

Woman’s Hour are currently on tour with Anna Calvi and play a number of dates in the coming months: