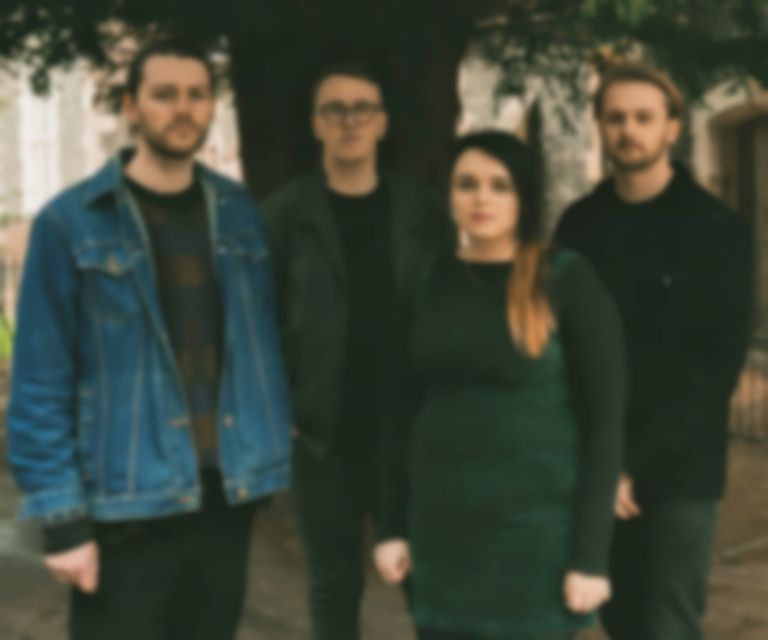 With the release of their latest ode to psych-pop “Forever Out of Time”, Tokyo Tea Room bring a spectrum of chromatic colour to the Canterbury music scene which has earned them covetable slots alongside Wolf Alice and Super Furry Animals.

“Forever Out of Time” is a mosaic piece belonging to a larger picture, defined by astral guitars, woozy rhythms and Beth Plumb’s fey, otherworldly vocals. It drifts in and out of focus, the instrumental strikingly sharp over a voice that bleeds elusively into Tokyo Tea Room’s sonic scenery.

"The concept of being ‘Forever Out of Time’ is something that most people can relate to: holding on to the past, feeling an imbalance in life or trying to move forward or past something,” offers the band’s guitarist and primary songwriter, Daniel Elliott, into the motivations behind their lyrics.

Tokyo Tea Room toy with not only time, but space, with its accompanying music video. Heavenly bodies like the moon, Saturn and the stars themselves are fitting motifs that reflect their dream-like signature style. A thoroughly DIY approach to production conveys the band’s lo-fi image, as if it were haphazardly conjured up in a bedroom, which goes hand-in-hand with their aesthetic appeal.

"This single marks the start of a new direction for us, having spent time off in 2018 it gave us space to redefine what kind of music we wanted to produce,” says Elliott. “From this record, it feels like we are going to dig further into synths and head into electronic territory."

Undoubtedly, “Forever Out of Time” is a track that will breathe new life into the band.

“Forever Out of Time” is out 27 March via Easter Island Records / Painted Halo Records. Find Tokyo Tea Room on Facebook. They play 93 Feet East on 19 April.