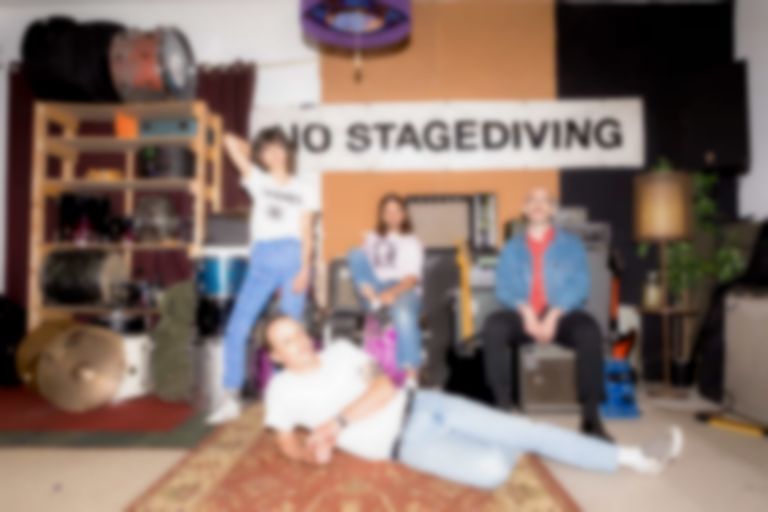 Following a period of reflection and reinvention, Teenanger return to the fray to rally against the pitfalls of the modern world on “Touching Glass”, the first track from their forthcoming album Good Time.

Known for their fast-paced, rough-hewn garage rock, you might think that a three year hiatus would’ve given Teenanger to mellow. Thankfully, this wasn’t the case. “Touching Glass” may be a quirkier take full of softer melodies than their previous thirteen years of work, but the Canadians' raw energy remains the same.

“Scratch the surface, there’s a reflection / mediocre means of connection,” Melissa Ball sings in the opening line of a song that cries out for something more meaningful than staring at a phone all day.

Speaking about the new track, Ball says: “I was thinking about John Carpenter's 1988 classic They Live (starring Roddy Piper) before I wrote these lyrics so I guess I had that plot in the back of my mind. It's pretty straight forward lyrically and partly about the fear of mind control and my frustrations with being tethered to/tired with my phone.”

The track makes more solid moves towards the post-punk sound that their debut album, Teenager, was hinting at back in 2017. The drone-like bassline and bright guitar tones are reminiscent of Television’s tangled proto-punk sound, while Ball’s charming vocals give the piece a light and airy charm.

After their tour came to an end in 2018, the band found themselves burnt out and unable to write. After debating a host of potential solutions, including additional members and even calling it quits altogether, they realised the problem was physical space. So they left the studio they'd been playing in for several years and took up residence in a basement room under a restaurant. Poorly maintained, riddled with damp and full of rats, “Studio Z”, as they coined it, was the perfect space for them to let off the shackles and think outside the box.

Two major floods and a dangerous CO2 leak proved to be the limit for Teenanger, but their stay in “Studio Z” was enough time to craft their new album, Good Time, and resurrect their band in the process.

"Touching Glass" is out now and Good Time will release on 2 October via Telephone Explosion Records, and is available to pre-order now. Find Teenanger on Facebook.