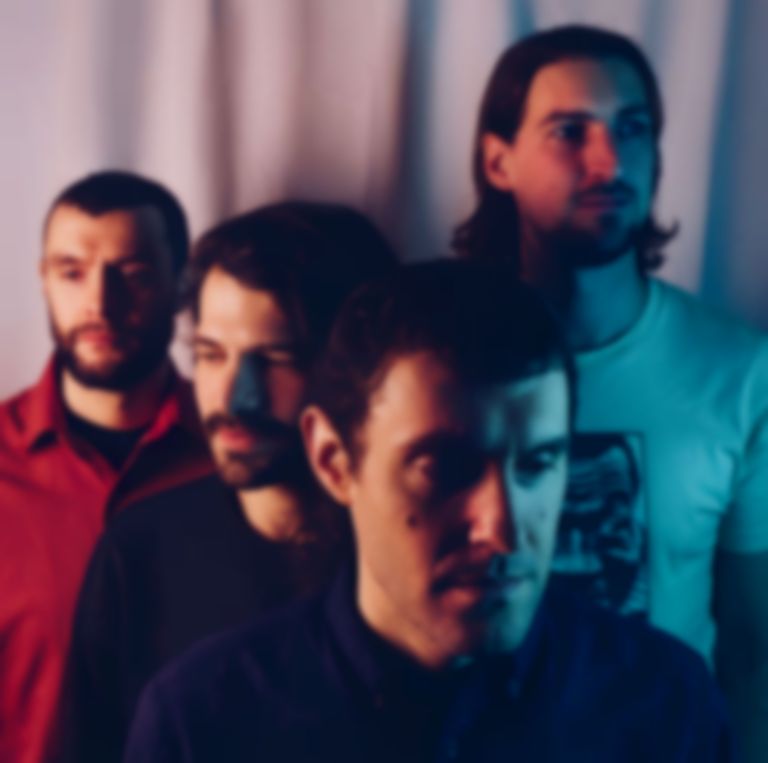 Combining staccato-infused rhythms with swirling sonics and 8-bit synthesisers, endearing vocals float effortlessly above and into a soaring chorus, wrapping around the intertwining instrumentals with beautifully apt harmonies.

Dynamics bounce erratically, initially giving off the impression of utter chaos; however, upon closer listen each layer reveals itself as meticulously placed and playfully in sync.

The enigmatic number was inspired by “the inherent indescribability of things that give us meaning,” says Son Step. “It’s an attempt to convey, with words, that words can only get us so far. We wanted this track to speak primarily on a sonic level.”

“Saucy” is out now and their album Fossilillies is due 17 May via Grind Select. Find Son Step on Facebook.