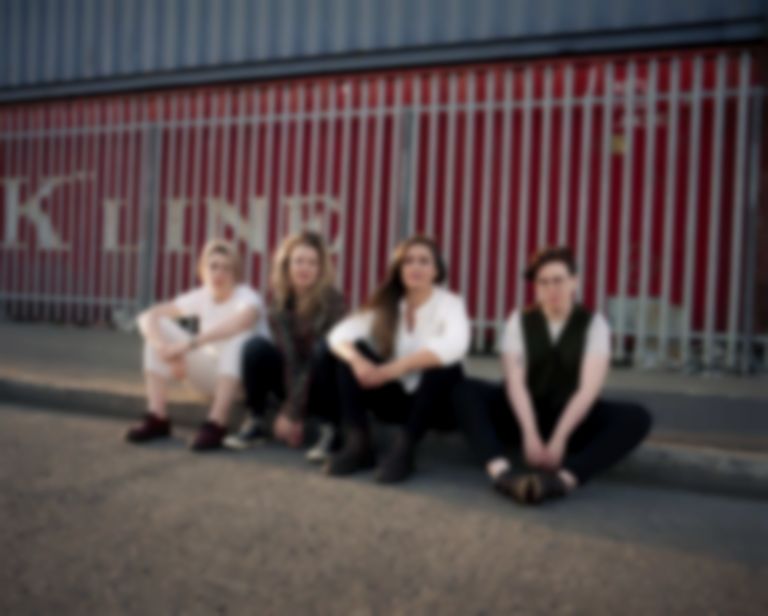 “Holy Show” is a wonderfully slow-burning effort from Pillow Queens, with a video aiming to capture the reality of intimacy between queer women through a female gaze.

Pillow Queens are shining lights in a thriving Irish music community. The four-piece, who formed back in 2016, have been steadily on the rise via the fuzzed-up indie rock of singles including “Handsome Wife”, released earlier this year. Taking centre-stage is the band’s knack for joyous refrains and heart-stung turns-of-phrase that earworm for days.

Taken from the band's forthcoming debut album In Waiting is their new track “Holy Show” - a masterfully restrained return from the Dublin band. Doubling up as their most subtly emphatic single to date, it’s a song that delves into the hidden intricacies and private pangs of being a human in the world.

“It’s a song that relays the feeling of regret and insecurity about past words spoken and actions taken, even when they’re ultimately meaningless,” say the band. “The song tries to articulate the heavy burden of being the only person who is concerned about the minute details of how you present yourself to the world.”

Sealing the deal, Kate Dolan’s video emphasizes another significant element. The director said, "Myself and the girls are all queer so when they asked me to direct something for 'Holy Show' we all felt it was time that we made a video that had some positive queer representation.”