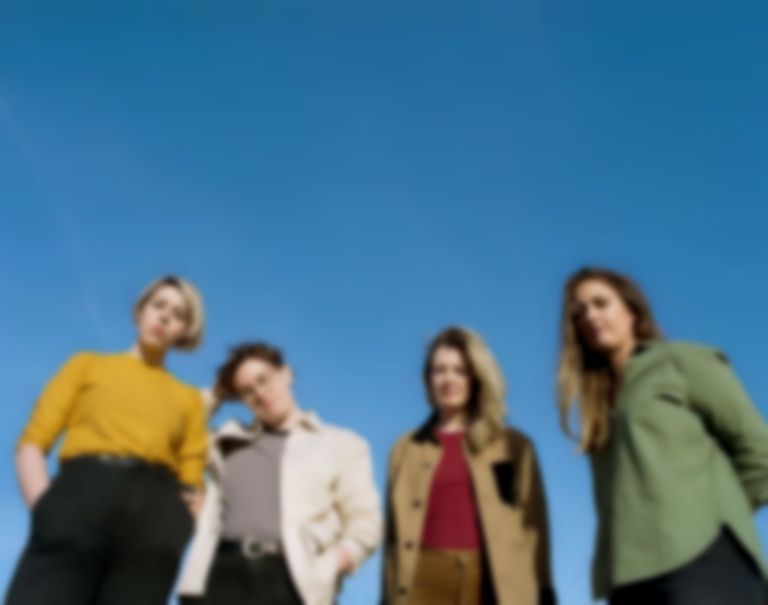 Four-piece Pillow Queens have proven to be no strangers to heavy-hitters, but they might have outdone themselves on their new single “Handsome Wife”.

Sonically, “Handsome Wife” carves itself out a lot of space, and then shows it has the power to fill it. Everything about the song soars: an alt-rock mix of scruffy and grandiose with a rush of a chorus that seems to stretch out to fill the entire skyline.

Emotionally, Pillow Queens have that knack for projecting the small conversations, worries and wants we wrap our relationships around onto the bigger screen that music provides, and on “Handsome Wife” those feelings erupt into a scream that gives the song the total knockout force to win anyone over.

“'Handsome Wife' begins with a glimpse into an emotional homecoming, one that intensifies and romanticises the seemingly insignificant,” the band say. “Throughout, the mundane but tender moments are held up and deified, paying reverence to the ease in which a love can thrive outside the realms of tradition. The song continuously references structures and rituals that were once out of reach, but are now within our grasp. In spite of this ‘Handsome Wife’ affirms that they pale in comparison to the communities we’ve built ourselves.”

“Handsome Wife” is out now, and Pillow Queens’ debut album In Waiting will release on 25 September, available to pre-order now. Find Pillow Queens on Instagram.