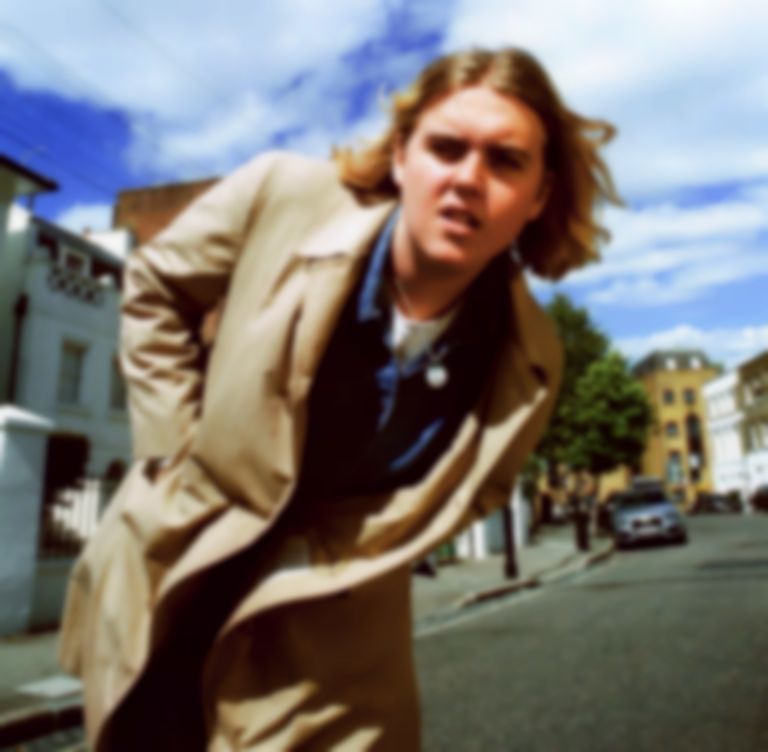 Following on from this year's Overthunk and last year's bops etc., London-based Oscar Lang continues to forge his own path into the industry with the news of forthcoming EP Hand Over Your Head, dropping this September.

The 19-year-old trailblazer continues to find his space with the addictive new offering “Apple Juice”. Vocals that are steeped in vigour illustrate the frank lyricism that surrounds his charged new single. Sonically, it retains an unmistakably brit rock feel with unflinching instrumentation, while Lang smooths over the graininess of the guitars with woozy synths that hark back to '60s psychedelia.

Lang’s artistic autonomy is apparent in “Apple Juice” as he and co-producer Rich Turvey (Blossoms, Cabbage, The Coral) craft the perfect lead single to hint to the new material that will feature on Hand Over Your Head. It signals a clear departure from the sunny sounds that featured on the likes of “Hey” featuring Alfie Templeman - the up-and-comer's pop-stomper of last year.

“‘Apple Juice’ counts as two of your five a day,” says Lang. “My new EP Hand Over Your Head is the sonic amalgamation of all the music I’ve recorded to date, plus a few tunes that I’ve been sitting on and have been playing for a while. Getting out of my bedroom studio and playing live with my band influenced these recordings a lot - I’m so happy that Rich Turvey and I managed to capture the essence of a sweaty live show.”

The track is accompanied by a self-directed music video, with Lang having crafted a kaleidoscope of colours that dominate the lo-fi aesthetic – resulting in a warped and perfectly flawed visual.

“Apple Juice” is out today via Dirty Hit, and the new EP Hand Over Your Head will release on 11 September.