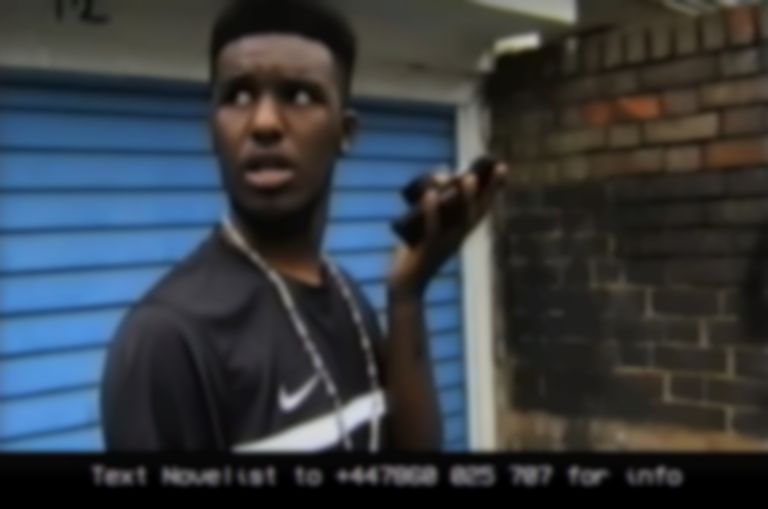 With long shots of mandem sitting on the roof of the block and Novelist chanting ‘wasteman –dem can’t come to the endz’, Novelist is the epitome of what a grime MC was in the time frame that's captured in the video.

Novelist is probably one of the most exciting grime MC’s in the current climate of music from the UK - not only because of his natural and effortless ease to create griem anthems, pleasing both new and old grime fans, but because of his ability to transcend being an 18-year old from Brockley and a direct product of his environment to being someone that can appear on festival stages after only a few key releases and get the crowd in a frenzy – grime fan or not.

In the current landscape of music, Novelist is effortlessly and unforgivingly himself and this only adds to his artistry, allowing him to use old school marketing like ‘text Novelist to +447860025707 for info’ that sits across the bottom of the video.

Novelist really is on road with something special.