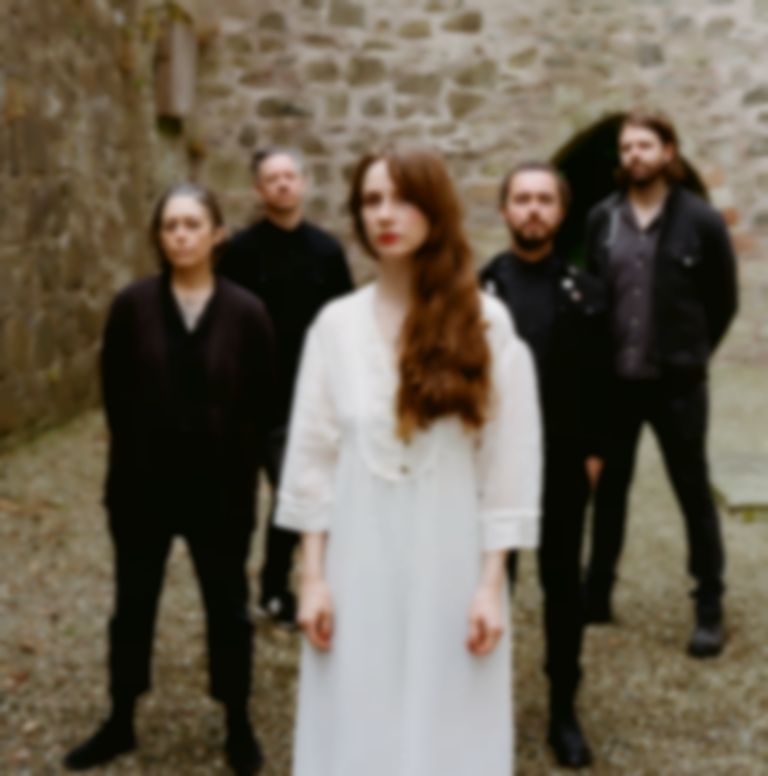 Continuing to play the part of a predator carefully eyeing up its prey, teeth bared beneath a wicked snarl, New Pagans return with “Yellow Room”. Clearly, the Northern Irish band know how to bide their time for maximum impact.

Following up the release of their debut EP Glacial Erratic earlier this year, Northern Irish quintet New Pagans have returned with the raging “Yellow Room”. Keeping their eyes on the prize, an unassuming chugging guitar leads into Lyndsey McDougall’s opening words, before a shining melody streams through to a chorus with warning calls of “You can’t put me back / I’m worse in the mornings / Be careful”.

There’s a playful cadence to McDougall’s enunciation, leading the way for the cutting words to dart with the swirling musical storm; thick bass carries the undertow, rollicking drums and biting guitars, before breaking down into a whirring flurry. Through the track’s progression, the mood shifts but never turns, keeping its eyes focused on the emotional catharsis.

“‘Yellow Room’ is for anyone who has given birth and felt absolutely horrific afterwards,” shares McDougall of the new single. “When we play it live, I always feel really angry by the end of the song which is actually very cathartic. I hope it gives us the opportunity to talk publicly about the other side of parenthood.”

The treasure of New Pagans lies is in their ability to flawlessly transition between three seemingly different songs within one, without exposing any parts or faltering in composition. As the storm subsides in the closing seconds, all that building anger repents, leaving a shaking feeling of knowing something has been exorcised, and in the case of McDougall it comes from a very real place.

“Recently on a social media platform we got haggled about being too old to make this kind of music,” she says. “Firstly, what a load of shite and secondly, I adore being 36, being a mother and being in New Pagans and I personally want to see more diversity in this industry.”

"Yellow Room" is out now. Find New Pagans on Instagram.