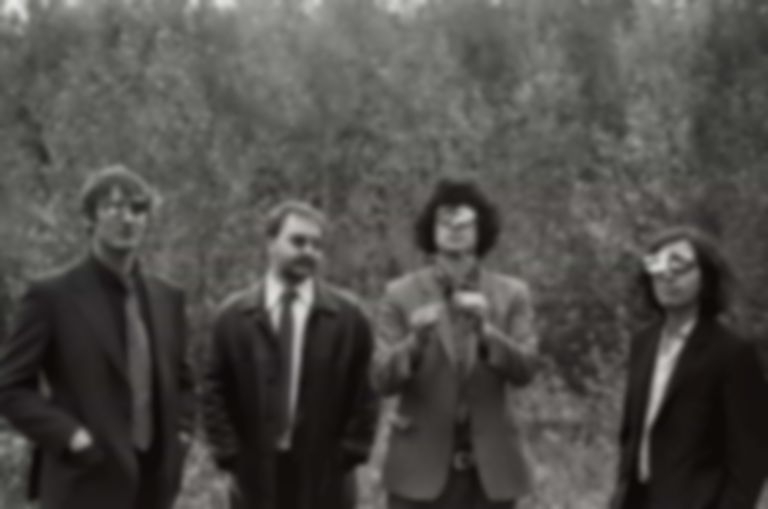 Anger is often expressed through verbose commentary - a speech, an impassioned blog post, an endless Twitter thread - but sometimes true catharsis comes from not having to explain yourself at all. Herein lies the power of “Revising My Fee”, the newest single from Leeds four-piece Mush.

The newest single from Mush’s upcoming debut LP 3D Routine, due out next month, “Revising My Fee” is a rallying cry without feeling preachy, a middle ground Mush's singer Dan Hydman achieves in part through his laid back, barroom delivery, but mostly due to the song's roiling chorus – a repetitive reminder that while we may not be able to escape the capitalist treadmill, we sure as hell are ready to revise our collective fees.

While Hydman's spilling vocals are a driving force throughout the single, “Revising My Fee” is highlighted by Tyson Porter’s elastic, biting guitar hooks, a kind of unspoken ire reflecting the track's overall message.

Hydman explains that the song is “a gripe about work/life balance and the generational divide. Income to rent ratios and essentially just how financially poor the younger generation tend to be currently. Lots of debt, very little home ownership prospects.

“Lots of patronising chatter in the media about pre-made sandwiches and ready meals bankrupting a generation out of home ownership, ignoring the backdrop of a decade of austerity: ‘meal-deal critique, aspirational creed.’

“The younger generations are now told they are not go getters the way the baby boomers, largely responsible for how shit things are now, supposedly were.” It's a familiar sentiment these days, one Mush underscores powerfully with vocal layering, rousing us into feeling like at least, if anything, we're in this together.

“Revising My Fee” is out now and 3D Routine will release on 14 February via Memphis Industries. Catch them live on 20 February at Rough Trade East and 14 April at Sebright Arms. Find their other UK tour dates on Mush's Facebook.