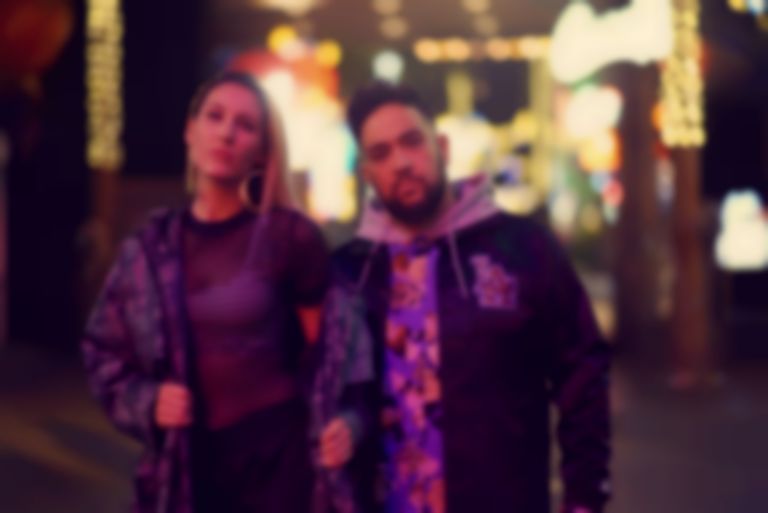 With a sound somewhere between Die Antwoord and Icona Pop, MUNNYCAT's "BOOM!" is so catchy it might eat you alive.

Los Angeles duo MUNNYCAT – comprised of members K808/Katianne Timko and Khaledzou/Khaled Tabbara – follow up 2017 debut EP Platinum Gold with the confident swagger of a band drawing crowds across the globe. Flicking between a bratty refrain Yolandi Visser would be proud of to a hefty chorus drenched in retro electronics, new single "BOOM!" shows them utterly unafraid to announce their return. It's the kind of track you'd rush to Shazam when you hear it on the radio of the car nextdoor, then the light would go green and they'd pull away leaving you in their dust – and you wouldn't even be mad.

"BOOM!" is the first single of the year from MUNNYCAT, but there's plenty more where that came from. Hot on its heels, we're promised "You + Me" later this month, with "Go-Go-a-Go-Go" to follow in August. Until then, expect to be hitting repeat on "BOOM!"'s energetic beats – how many times can you listen to a two-and-a-half minute song before its follow-up drops? We're about to find out.