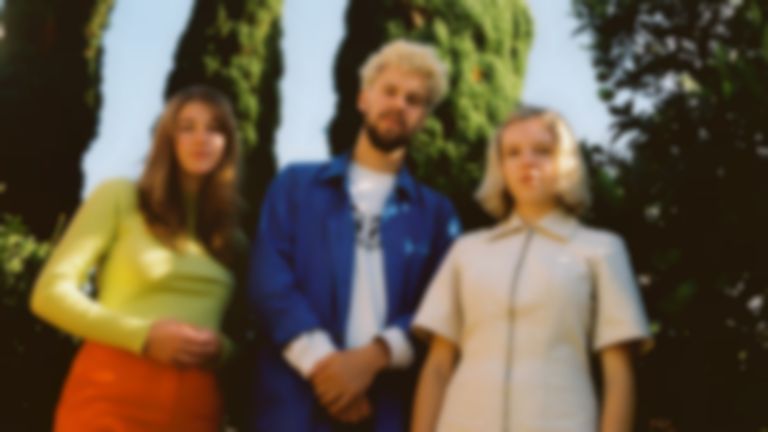 New Zealand indie rockers Mermaidens return with “I Might Disappear”, the first single to be debuted from their forthcoming third album Look Me In The Eye.

Emerging with their first new music since April’s 7” split single “You Maintain The Stain/ Cut It Open”, Mermaidens are clearly not ones to rest on their laurels as they return with the first track from their forthcoming third album Look Me In The Eye.

Focussing on the emotional vulnerability that comes with pursuing a close relationship with another, “I Might Disappear” sees the New Zealand-based trio capture the inner turmoil of burgeoning love with lucidly ambient guitar tones and wonky, experimental textures in the vein of Warpaint or a less moody 2:54.

“‘I Might Disappear’ is a song about the mess of feelings I have when I make myself vulnerable to another person, and the dread that this will push them away," shares vocalist and guitarist Gussie Larkin. "Being close to someone can bring you to share all the weird thoughts and anxieties that wouldn’t usually leave the inside of your mind. In a way, I think that’s the best thing about intimate relationships, but it’s also really scary!”

Despite such inner conflict, her vocal is disarmingly clear and assured. “We’re dipping our toes into a little bit of pop with ‘I Might Disappear’. Usually, we’re attracted to dissonance and moodiness, so writing this song was a conscious decision to bring some sunshine in.

“When we recorded this song it was all about achieving brighter tones and layering lots of vocal harmonies,” Larkin continues. “We grabbed all the chorus and flange pedals we could and went crazy. Although it’s danceable and peppy, I think there’s something that throws you off - that’s probably down to the uneven time signatures and disjointed drum beats. We like to keep people on their toes."

“I Might Disappear” is available now via Flying Nun Records. Look Me In The Eye is released 6 September and is available for pre-order. The band play London's Old Blue Last on 25 September. View more dates and follow Mermaidens on Facebook.