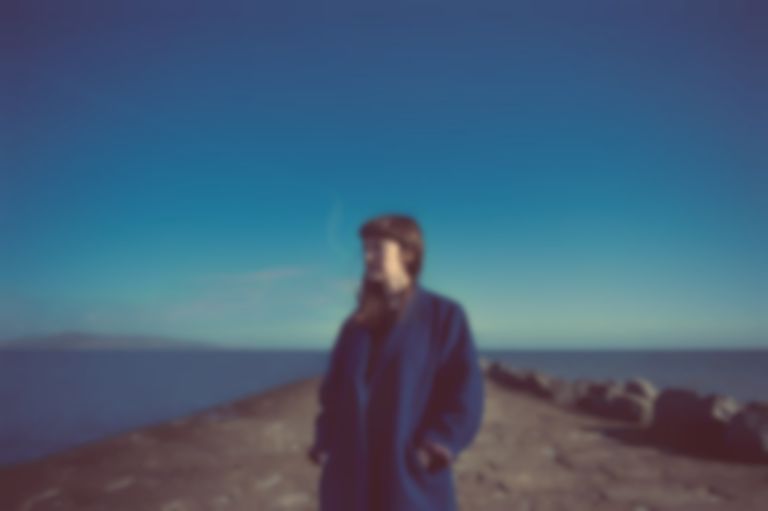 Irish singer/songwriter Maria Kelly squares elegantly with her own experiences of social anxiety and depression on her new double A-side release.

"Small Talk" sees Kelly effortly balance the melodic whimsy of her folky vocal with the weight of her sparse, thoughtful songwriting. From plaintive opening line "I can't catch my breath," she is able to conjure a swell of overwhelming feeling with little more than just her voice and the resonant constant of an accompanying guitar.

The single was written during a blackout in Kelly's hometown of Mayo, Ireland, caused by a powerful storm. Throughout the track, she gently teases out the parallels between these destructive forces of nature and her own experiences of mental illness.

"Last year in particular, I was suffering quite badly," she explains. "I found it so difficult to make eye contact with anyone and near impossible to express my thoughts. I felt incredibly alert and painfully aware of myself. Halfway through the writing process, I decided to reach out to my Instagram following for inspiration. The amount of messages I received was overwhelming. It made me realise how effective it can be to actually ask about people’s experiences of these issues."

"Small Talk" is backed by moodier single "Dark Places", which sees Kelly's distinct, clear vocal drifting in an understated cosmos of distant, echoing tones as she turns her unflinching honesty to the subject of depression.

"Small Talk" and "Dark Places" are out 27 April via Veta Records.