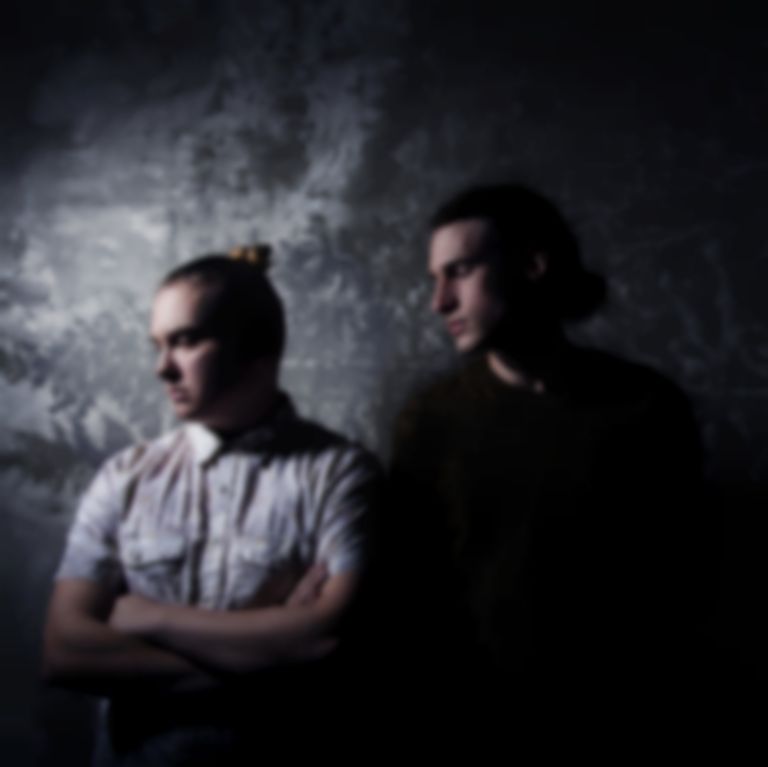 Montreal drone duo Lying Light in the Quiet are sharing "Carrion", the second song from their forthcoming debut album Recovery.

Following on from the album's title track, "Carrion" is another glimpse at Recovery, a collection that came about over the course of multiple improvisational sessions that were recorded in the summer of 2015 by Alexander Stooshinoff and Zachary Knuttila. The result is a particularly ambitious form of ambient drone. On their second public track, the duo dip into territory reminiscent of Deftones at their most exploratory (think "Teenager") before sending tremors through the song's core with tremolo-picked guitar leads à la the most dramatic pieces from Explosions In The Sky.

Alexander Stooshinoff (voice, guitar, modular synthesizer) had this to say of the track:

"'Carrion' is a song about a deep and profound sickness that needed to surface. The song just appeared spontaneously - Zachary had written the acoustic guitar part, and we did some production to get the delay sound that we wanted. Then I just woke up one day and improvised and recorded the melodic guitar lines that shape the track and give it its feel. It was an expression of an emptiness that clung to me like the decaying flesh of the title. Moreover, it was a longing for a metaphorical death: a shedding of that skin. Although the video is not political, the sickness of war mirrors my sickness of spirit. And like the 13 of the Tarot, which is about both death and a spiritual transformation, the video shows brutality, destruction, and change. Of all the music I have made, 'Carrion' is one of the pieces I am most attached to."

Check out the premiere of the video below as well. Zachary Knuttila (sampler, guitar, effects pedals) had this to say of the unique visuals:

"Although the visuals for 'Carrion' were originally meant to mirror the shedding of one’s self, a secondary discussion unfolded as the thought to include wartime archive footage was brought forward. It was strange trying to create a visually pleasing product using footage that has a very real violence and tragedy attached to it. As I began sorting through clips I found myself unable to watch much of the footage due to my own discomfort, yet at the same time I caught myself focusing purely on the visual qualities - completely neglecting the context through which the footage was originally created. A personal dialogue then opened regarding how easy it is to lose connection with violence, and I thought about the way I personally, and we as a culture, react to large scale tragedy.”

You can check out the band's Canadian tour dates here.