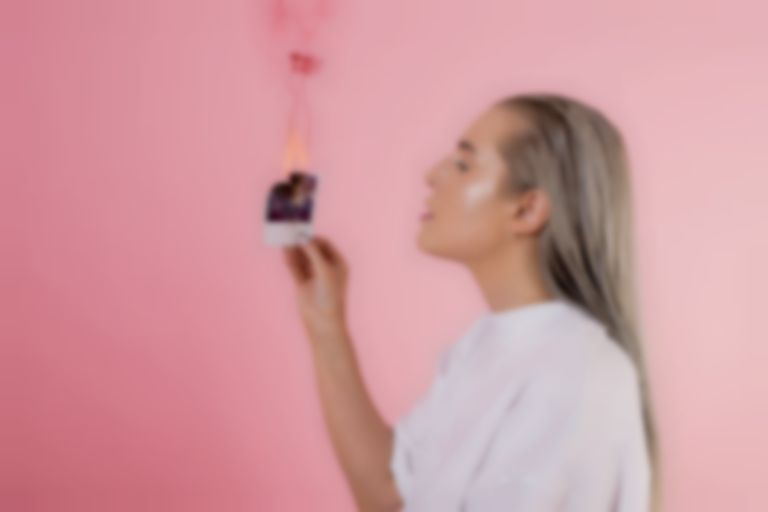 Swedish singer Louise Udin is back with another single as LOUUD, and another tale of relationship woe.

"Out of Love" - the follow up to "Fools" - is an '80s R&B-tinged track with a powerful chorus and and an empowering message.

With lines like "I'm burning all your letters", LOUUD stands full of resolve and comes to the realisation she's running out of patience, and out of love.

We caught up with LOUUD to find out more about the single and what's been happening since "Fools".

BESTFIT: Hey Louise, what’s been happening with LOUUD since your last single?
LOUUD: "Since releasing my debut single ‘'Fools' I’ve been writing a lot, both for myself and for other artists and producers. I’ve been getting into production more, it’s something I really want to get better at. I’ve also been experimenting with different sounds for my music and I feel like it has changed a bit along the way with my new single 'Out of Love' and with some of the songs that I’m planning on releasing next. I’ve had a couple of gigs as well, most recently I supported Esther Vallee in London which was really cool."

What can you tell us about the new track “Out of Love”?
​LOUUD: "I wrote 'Out of Love' about a year ago about a bad breakup with an ex boyfriend. It’s about realizing that you’re over someone and that you’re ready to move on. I always listen to break up songs when I’m going through a difficult time ( I listen to them when life’s good as well , I’m a sucker for heartbreak pop ) so I wanted to write my own breakup anthem to help me get through those times and maybe even help someone else who might listen. Most of my songs are more vague in terms of what the story behind the song is but 'Out of Love' is a sassy and honest pop track, it’s the most blunt song I’ve ever written. I worked together with my friend Fede Bigonzetti on the production, I’m a big fan of what he does with his band Rumours so it was cool to work together on my track."

You’re pretty vocal about women in music and play shows with all female lineups, can you feel a change in the industry right now? Or do we still have a long way to go?
​LOUUD: "As a female songwriter and artist I think it’s really important to support other females in the industry and to strive to create a more equal music industry. I can definitely feel a change happening and there are a lot of exciting projects like Equalizer Project, PRS Women Make Music Fund and The Keychange Initiative which I think are great. We still have a long way to go but I’m positive about the future, a lot of people are speaking up about the issues which I think is making the biggest difference of all . I created 'LOUUD presents The Future is Female' last year which is an event and platform for female artists/songwriters/producers and DJs. I had never played a gig with an all female lineup before so I decided to organize the gig myself where me and some of my female musician friends performed and supported each others art. The first event was in October last year and I’m planning the second one for later this year."

What’s been influencing you lately?
​LOUUD: "Life, music and heartbreaks haha. I listen to a lot of Scandinavian pop and that’s usually what inspires my songwriting and style of music , I love artists like Tove Lo, Anna of the North and Tove Styrke. They just have a way of writing catchy pop songs with melancholic lyrics which is something I personally love. Then there’s some other amazing songwriters out there that inspire me daily like Billie Eilish, Nina Nesbitt and Banks."

What’s next in 2018?
​LOUUD: "My goal for this year is just to release more music, both on my own and features with other artists/producers. I just want to keep writing lots of songs and I want to work with as many different producers and songwriters as I can. I’m also going to try and go back home to Sweden more often to write and work over there as well as in London where I’m living at the moment. I also have a few exciting gigs coming up in London and I’m releasing my first music video for ‘’Out of Love’’ soon. I had a lot of fun being the creative director and seeing my ideas for the music video come to life."